I thought it would be interesting to finish my guest posts for NewMusicBox by telling three stories of new music finding its way into advertising, an industry that is rarely—if ever—exposed to this kind of music.

A year and a half ago my music company, Found Objects, was approached by an advertising agency to write music for a new BMW commercial. It was a really compelling project that featured beautiful imagery of futuristic cityscapes paired with a recording of Arthur C. Clarke speaking about innovation.

I knew this would be a great opportunity to look for a fresh musical perspective: one that could take the project to a new artistic level. So I brought in an award-winning composer to write a few pieces for the BMW commercial. What she came up with was really special and a really great example of innovative new music.

In advertising, music producers expect multiple options to present to their client, so we submitted her tracks along with a batch of other compositions, including new pieces that my business partner Jay Wadley and I had composed. The BMW team found the work incredibly interesting but ended up selecting a different track. Her music wasn’t used in the commercial, but I really loved the pieces and kept them in our library, waiting for the right project to come along. Eventually one of the pieces, written for voices and violin, found a home on a similarly beautiful commercial that aired last year for IBM.

Our most ambitious attempt at exploring new music for advertising was thanks to a recent Maserati campaign.

It was a series of 60-second commercials shot in Death Valley. The imagery was incredible: a deep blue Maserati car set against the white landscape of the illustrious salt fields.

The music producers wanted to explore unusual sounds, particularly vocal and ambient colors. That was certainly outside the typical commercial music direction, so in addition to digging into our own library we looked to the work of our colleagues. This was a big outreach to the new music world, but because we were often in a rush to provide examples, we had to present the music without getting in contact with the composers just yet. These were tests so we didn’t need to start that conversation until the process picked up steam with the music producers.

The reaction from the agency and the creative team was exciting. They had never heard music like this before and they were intrigued. When a piece was singled out by the Maserati team, we reached out to the composer and asked about the recording’s availability.

But as a perfect example of the competitiveness of the advertising industry, despite the days of work we spent sending in this music and the encouragement we got from the Maserati team, we were only able to land one of the six Maserati commercials with an original work for voices and electronics that Jay wrote. Still, it was an exhilarating experience to expose an eager audience of advertising producers to music they’ve never encountered before and promote new music in an unexpected way.

Last week, I was honored to be shortlisted for an AICP award for best original music in an advertisement. I thought I’d end this post on a short deconstruction of the piece that was nominated. This might be somewhat revealing as to the creative possibilities within a commercial, as it’s sort of a hybrid of new music and advertising music. The commercial is called “A New Way To Create.”

The music producer for the project came to Jay and I to work on a big IBM campaign. He wanted to come up with a unique sound that could play off the stuttering visuals of the film. What if you were to explore an electronic texture based on chopping apart you own classical music in a remix-like fashion?

Immediately Jay and I dug into our old recordings, finding a few things from our Yale years in 2006. There was a vocal piece of his and a piano piece of mine that caught our ear. I also had snippets of Potential Energies, a ballet I wrote last year.

I created a sample library by slicing the audio file into 88 pieces (to span an 88-key piano). I took tiny moments and stacked them to the point at which they became a thick layer of piano lines which turned out to be very reminiscent of Steve Reich’s Six Pianos.

The piano piece I sampled, written in 2007, is called Unsound Grounds:

When I chopped it up, I made it the driving palate of the IBM piece:

This is the movement I sampled from Potential Energies. The section I grabbed occurs at about a minute and a half in the original track:

I sampled the moments where the ensemble hits short notes that could be manipulated in the same way that the piano samples were constructed:

I combined these elements with electronic synths and beats to create an electro-acoustic sound. It came out as an interesting, new take on the IBM brand—it’s infused with a new music/minimalist vibe that is rarely heard in advertising.

The possibility for “new music” to find its way into advertising is there, it just needs to be the right sound for the right project. When advertising producers work on compelling commercials they seek compelling music. Their choices reach the public. With all of the questioning I’ve done in previous posts about my work in advertising, I’ve been lucky to have built access to this forum and be able to expose the great music I hear and the new music I compose to a new audience.

I’ve really enjoyed guest blogging for NewMusicBox over the last few weeks. I’ve received a great reaction to my posts from musicians and composers whom either wrote me personally or commented on the articles with compelling thoughts

I hope I’ve shed some light onto the journey I’ve made over the past seven years of developing Found Objects as a business, and as a composer seeking what truly fulfills me as an artist. 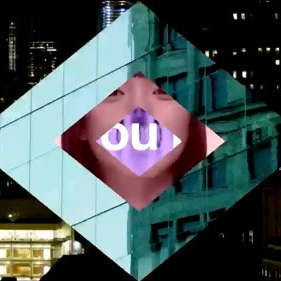 ► ▼One thought on “Selling Out is Not Selling Out”