There it was yet again, this time in an article written by a living composer in October 2018.  It stuck out like a four-inch crease in a freshly ironed shirt. While it may first appear—like so many other biases—to be simply a polite substitution, it actually carries a condescension that comes from a long history of implied assumptions that communicate “separate and certainly not equal.”

Not even The New York Times is immune from this double standard. Quite to the contrary, you’ll come across the phrase hundreds of times if you spend just a few minutes scouring their archives. You’ll find it in headlines and reviews, in news articles, letters, and obituaries:

To be absolutely certain that no one misses my point: singers and musicians are not mutually exclusive categories. All singers are musicians, but not all musicians are singers (some are players, some are composers, etc.).

Language matters. When we use the phrase “singers and musicians” in one breath, we communicate—even if inadvertently—that they are mutually exclusive categories. In other words, singers are not musicians.

When we use the phrase “singers and musicians” in one breath, we communicate that they are mutually exclusive categories.

This subtle but false dichotomy reinforces many of the assumptions that singers are forced to confront in their careers: that they are not as musically literate, that they came to their career through a path of sub-par training, that they lack the ability to hear and understand the underpinnings of a musical score, that they have to hire a vocal coach to teach them their part, etc., etc.

We hear it in the subtext beneath the “Eureka!” stories about famous opera singers being discovered, endowed with a beautiful voice but lacking any formal training. (Woody Allen troped on this quite famously in his 2012 movie, To Rome with Love, where a mortician’s perfectly developed operatic tenor is only revealed when he’s singing in the shower.)

It is further reinforced by the history of choral-orchestral music performance, where an important tradition still flourishes: a professional (read: paid) orchestra of players and a non-professional (read: non-paid) chorus of singers combine to perform some of the great warhorses of Western art music (your Beethoven 9s, Mahler 2s, and the like). In this reading, musicians are trained professionals, while singers are those other people participating in the performance who could not have learned their part if it were not taught to them by a chorus master (which, it should be noted, is another problematic name for someone who can and should simply be called “conductor”… but that’s an issue for another article).

All stereotypes are grounded in some kernel of truth, and you may indeed encounter singers who conform to and confirm some of the worst stereotypes. But in my experience as a conductor-composer who has worked with literally thousands of singers, the vast majority of them are individuals who have dedicated years of their lives to studying the art of performance and the craft of music: i.e. musicians.

The vast majority of singers are individuals who have dedicated years of their lives to studying the art of performance and the craft of music.

As a conducting faculty member at the Indiana University Jacobs School of Music, I lead NOTUS, a select vocal ensemble that is unique among collegiate choirs, as we have a singular mission to perform, commission, and record the works of living composers. As you might expect, we regularly perform contemporary music that is exceedingly challenging. We recently released our first commercial album, NOTUS: Of Radiance & Refraction, which features five world premiere recordings of works that we commissioned from IU faculty members. Listen here to a movement of John Gibson’s In Flight, for chorus and electronics, featuring soprano soloist Kellie Motter:

The thirty-or-so student singers that I work with each year are musicians in every sense of the word. These young people can sing pitches out of thin air from tuning forks. They can tune (and express!) 10-part chords. They can sing melodies with complex polyrhythms and syncopations. And they can do all of this while communicating a poetic text clearly and distinctly. (You might surmise that I’m quite proud of them. You’d be right.)

I prepare these students to be responsive to the musical gesture. I ask them to come to rehearsal already familiar with their musical part (no spoon-feeding their pitches with the piano). In short: I expect each one of them to be as professional a musician as the first oboist in an orchestra is expected to be.

I believe that we confront this bias head-on by making sure that we do everything we can to hold singers to the same musical expectations as our players, especially in our training institutions. I take comfort in knowing that I have many colleagues in this profession who believe the same, and who are also training their singers to be as responsive as the best orchestral players.

Excitingly, the choral repertoire has been expanding and transforming over the last fifty years as this artistic shift in our professional expectations of singers has led composers to imagine new choral musics that were never possible before.

In Sweden, Eric Ericson and his Chamber Choir redefined excellence in choral performance on an international scale with their recordings. They performed music more complex than any other choral repertoire then-written and helped establish careers for composers such as Sven-David Sandström and Lars Edlund. (Here’s the Eric Ericson Chamber Choir performing Sandström’s Agnus Dei consisting of gnarly tonal-ish clusters that float in and out of each other:

Today in the USA, Donald Nally and The Crossing are exhibiting new levels of choral artistry and technical mastery in the performances they give to works by composers such as Ted Hearne, Anna Thorvaldsdottir, David Lang, and Lansing McLoskey. (Here’s The Crossing performing Ted Hearne’s Animals:

Roomful of Teeth and Brad Wells have embraced the “choir as rock band” aesthetic, combining vocal traditions from across the globe to create stunningly otherworldly works by their singer-composers Eric Dudley, Avery Griffin, and Caroline Shaw. Listen to RoT sing Shaw’s “Allemande” from her Pulitzer-winning Partita for 8 voices:

And for inspiration beyond measure, look no further than Francisco Núñez and the extraordinary Young People’s Chorus of New York City. Through their Transient Glory program, they have commissioned some of the most interesting, diverse, and eclectic contemporary music for youth chorus ever written, from the likes of Paquito D’Rivera, Joan La Barbara, Meredith Monk, and Michael Torke. And these young people ages 9-18 sing as good as—and in some cases better than—any professional choir. Here they are singing Michael Gordon’s Every Stop on the F Train:

launch gallery
These ‘singers’ are making some of the most adventurous new music being written today.

Yes, these groups are made of ‘singers.’ They are choirs, or vocal ensembles, or choruses, collections of people who make noise together with their vocal cords or whatever else you want to call them. But these ‘singers’ are making some of the most adventurous new music being written today, and you can be damned-sure that they are also musicians of the very highest caliber.

We could say “singers and players” or “vocalists and instrumentalists.” Or maybe call them all “performers” or “artists.”

Or how about just “musicians?” 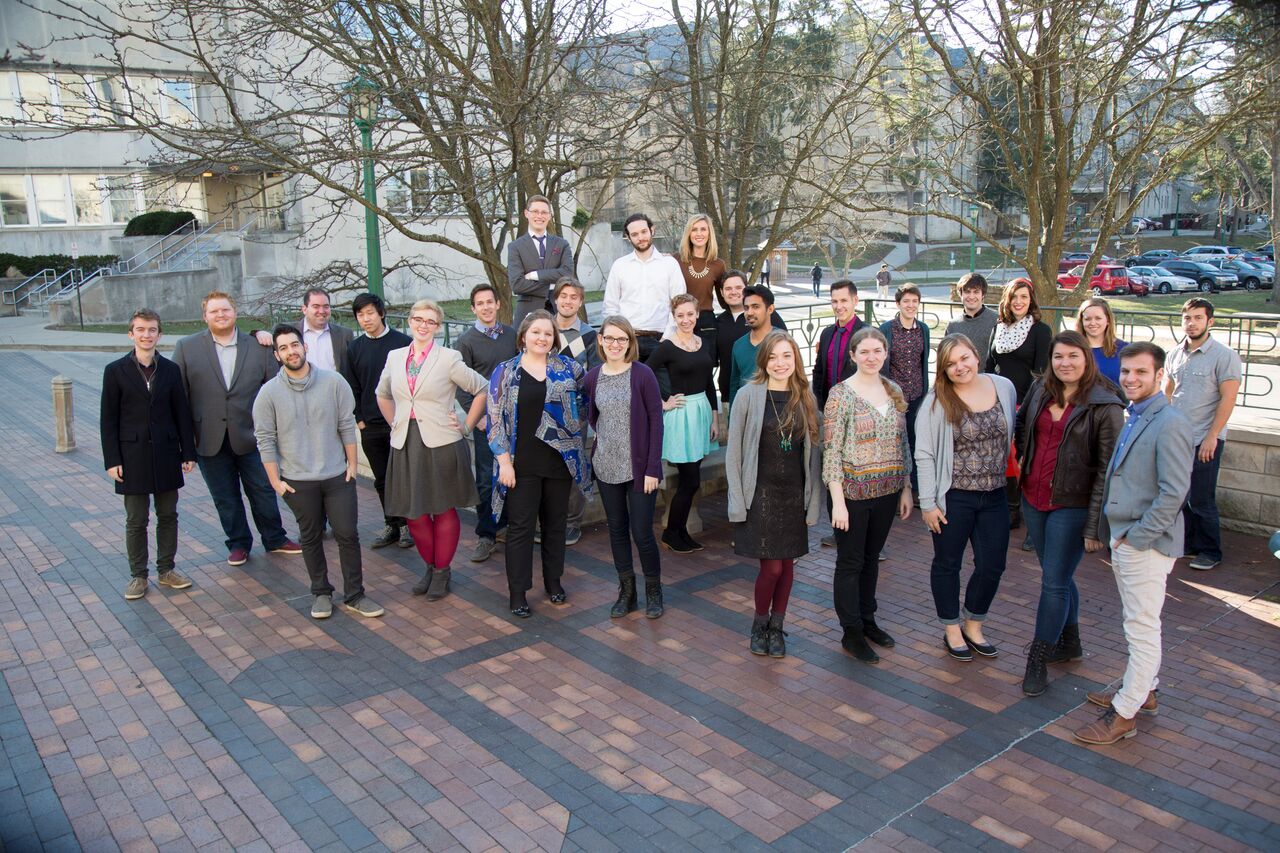 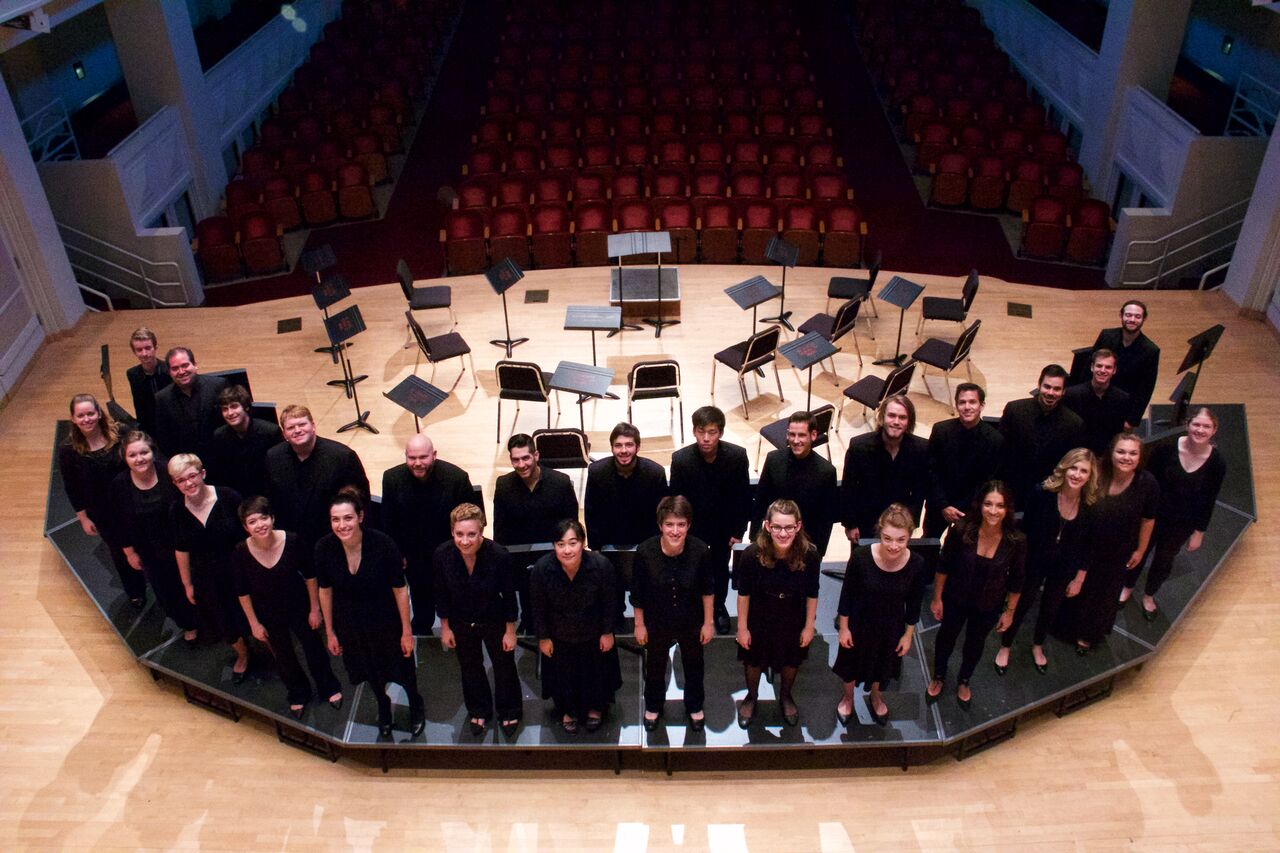 ► ▼8 thoughts on ““Singers and Musicians” and Why Our Language Matters”