The American Academy of Arts and Letters announced today the 18 recipients of this year’s awards in music, which total $225,000. The winners were selected by a committee of Academy members: Chen Yi (chair), Robert Beaser, Martin Bresnick, Stephen Hartke, George Lewis, Shulamit Ran, and Julia Wolfe. The awards will be presented virtually at the Academy’s Ceremonial on May 19, 2021. Candidates for music awards are nominated by the 300 members of the Academy. 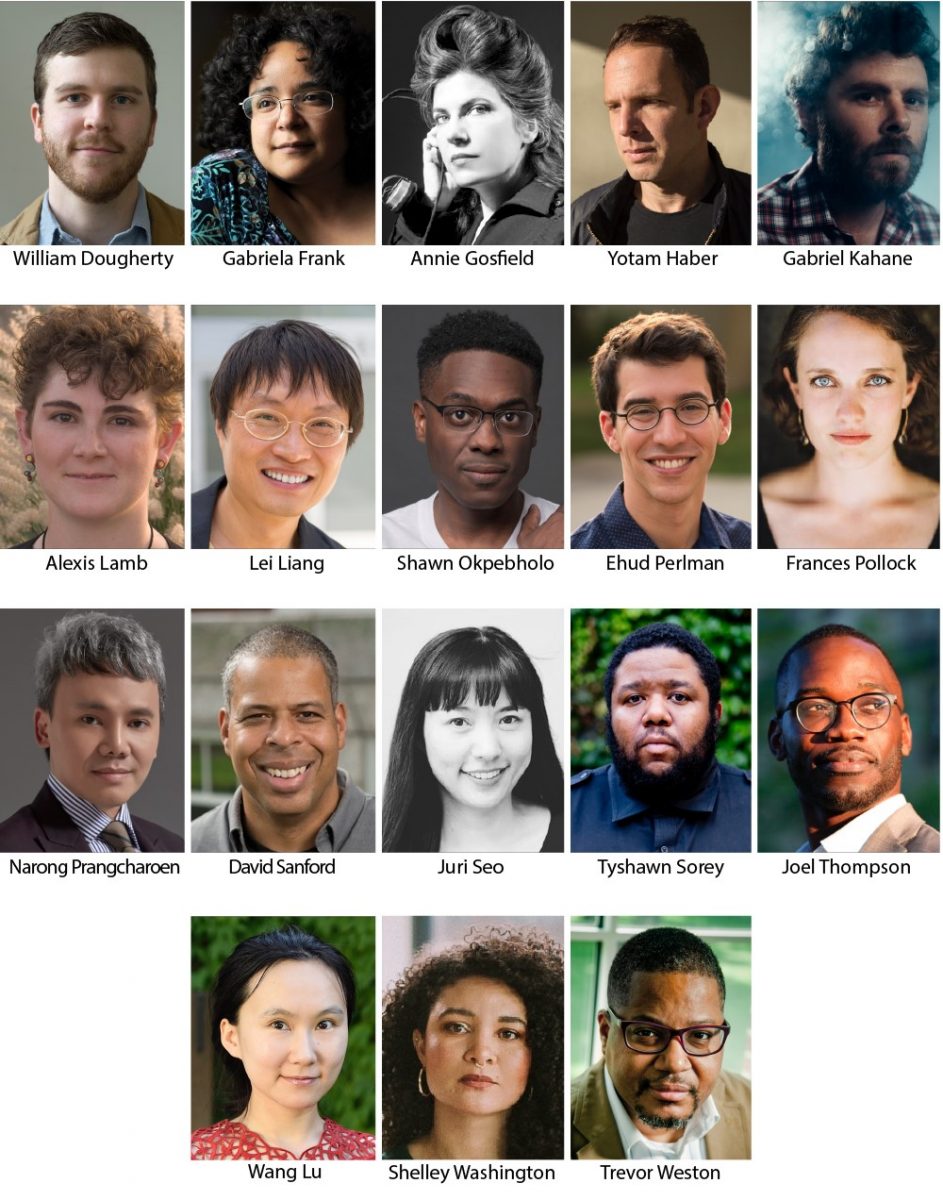 Four composers—Gabriela Frank, Annie Gosfield, David Sanford, and Trevor Weston—will receive $10,000 Arts and Letters Awards in Music, which honor outstanding artistic achievement and acknowledge composers who have arrived at their own voice. They will each receive an additional $10,000 to record their work and will also have their music presented in a concert at the Academy in the spring of 2022.

Yotam Haber will receive the $20,000 Benjamin Danks Award, which is given in rotation to a composer of ensemble works, a playwright, and a writer, and is made possible through a gift from Roy Linden Danks to encourage young talent. Shawn Okpebholo will be the recipient of the Walter Hinrichsen Award in Music, established in 1984 by the C. F. Peters Corporation, music publishers, which is given for the publication of a work by a gifted composer. Juri Seo will receive the $10,000 Andrew Imbrie Award which is given to a composer of demonstrated artistic merit in mid-career.

Two Goddard Lieberson Fellowships of $15,000 each, endowed in 1978 by the CBS Foundation, are given annually to mid-career composers of exceptional gifts. The 2021 awardees are Lei Liang and Tyshawn Sorey.

The American Academy of Arts and Letters was founded in 1898 as an honor society of the country’s leading architects, artists, composers, and writers. Early members included Childe Hassam, Julia Ward Howe, Henry James, Edward MacDowell, Theodore Roosevelt, John Singer Sargent, Mark Twain, and Edith Wharton. The Academy’s 300 members are elected for life and pay no dues. In addition to electing new members as vacancies occur, the Academy seeks to foster and sustain an interest in literature, music, and the visual arts by administering over 70 awards and prizes, exhibiting art and manuscripts, funding performances of new works of musical theater, and purchasing artwork for donation to museums across the country.