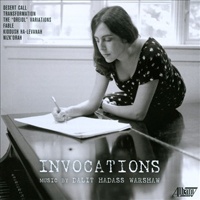 In earlier eras, music usually went according to an overall game plan. Attentive listeners who know the rules of the particular game, whether it is species counterpoint or sonata form, could be expected to grasp the arch of a musical narrative pretty easily, even for a piece listened to for the very first time. With much 20th-century music, on the other hand, the joy of listening to it frequently involves never being able to completely grasp the rules, no matter how carefully they are worked out. But many 21st-century new music creators have discovered how to have it both ways. They create music whose seeming aural inevitability is a clear byproduct of its connection to centuries-old classical music traditions, but which also takes unexpected twists and turns every now and then as a result of having the 20th century as part of its sonic ancestry as well.

So an unassuming listener to Invocations—the first CD devoted to the music of Boston-based composer Dalit Warshaw—is in for a wonderful shock; the kind of shock that 21st-century new music seems to do better than music from any other era. This is not music that will completely redefine what music can be, like so much 20th-century music had done, but it is also not quite a comfort zone as most music from earlier eras—no matter how initially revolutionary—has become through our familiarity with how it is supposed to sound.

The most obviously 20th-century element in Warshaw’s sonic arsenal is the theremin, which is used in two of the six compositions featured herein. One of the earliest electronic musical instruments, the theremin should be familiar to anyone who has listened carefully to the soundtracks of numerous 1950s sci-fi and horror films. But this extraordinarily sensitive instrument—which is played by waving arms against two antennae to control pitch and volume—has had an illustrious lineage in the concert hall as well. Important repertoire featuring the theremin was written by composers ranging from Bohuslav Martinu to Edgard Varèse. Clara Rockmore (1911-1998), sister of the legendary concert pianist Nadia Reisenberg, championed the instrument in recitals performing mostly transcriptions of earlier classical violin repertoire. In addition to her activities as a composer and pianist, Warshaw is also an accomplished thereminist in her own right, having actually studied with Clara Rockmore. In fact, on this CD, Warshaw plays Rockmore’s own instrument, which was built to her specifications by the instrument’s inventor Leon Theremin.

While this lineage is pretty clear cut, it is still rather startling to hear the first utterance of the theremin nearly a minute into Warshaw’s 2007 composition Transformations, the second track on the disc. (It follows a somewhat meditative solo cello composition from July 2001, Desert Call, whose models, according to the composer, are the solo cello suites of J. S. Bach and the E minor Nocturne of Chopin.) Once you can get past the incongruity of a theremin combined with a string quartet, however, it is apparent what a potentially rich combination it is, and Warshaw’s lush latter-day romanticism makes the blend seem inevitable.

Transformations is followed by the pensive “Dreidl” Variations (2007, revised 2010) for solo piano (performed by the composer), a composition inspired by the four-sided spinning top spun during Chanukah celebrations. Warshaw’s variations seem like they’re the result of a journey through a musical time machine—the music goes from being achingly romantic (in the 19th century sense), to staunchly classical (in the 18th century sense), and is occasionally unhinged the way music has been allowed to be since the dawn of the modern era. Similarly, Fable, a string quartet from 2007, contains allusions to Haydn, Mahler, Strauss, Bartók, and Jewish liturgical chant. The only bona fide sacred work in this collection, however, is Kiddush ha-Levanah (2002), which is based on an unusual and almost pagan-seeming Jewish liturgical text honoring the moon traditionally intoned during the first Sabbath evening of each month. Warshaw’s chromatic and at times expressionistic setting conveys the seeming otherworldliness of this mysterious ritual text.

But perhaps the most unearthly of all the pieces featured herein is the last one on the disc, Nizk’orah. It is scored for what must be a combination heretofore never used in chamber music: a trio of piano and two theremins (although on the present recording, through the use of overdubbing, all three parts are performed by Warshaw). Originally scored for theremin, cello, and piano for its premiere performance at a memorial concert honoring Clara Rockmore in March 2001, the re-scoring for twin theremins gives the counterpoint of the two melodic lines a greater symmetry and provides for an even starker contrast with the foreboding, almost Messiaen-like harmonies emanating from the piano. 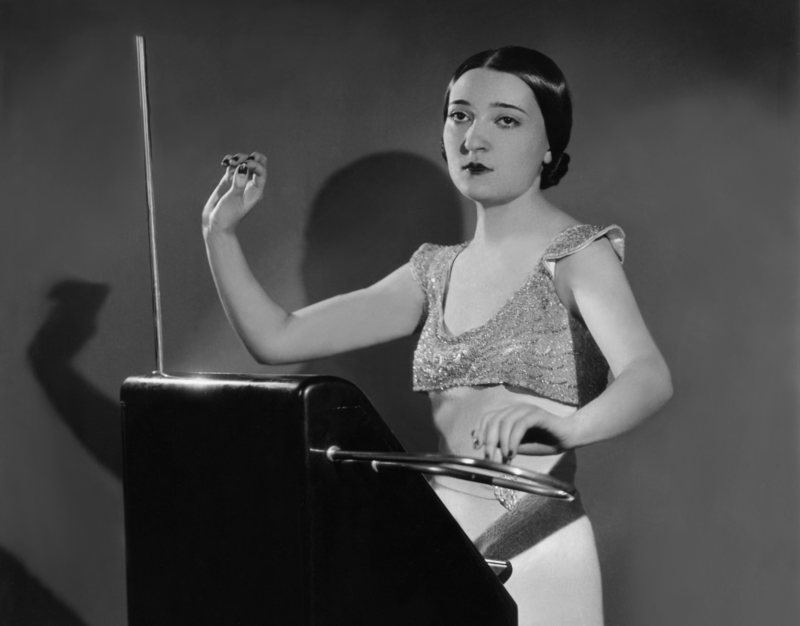