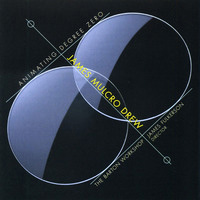 It has often been said that the United States in the 20th (and now the 21st) century produced a greater number of composers than at any other time or place in human history. With so much material out there—not only from the standpoint of geography and media, but also style and pedigree—it is well-nigh impossible to hear it all. As a result, tons of neglected repertoire is still awaiting discovery. Although valiant efforts have been made by many independent record labels to shine light on (or rather amplify the sound of) music by otherwise overlooked American composers, few have done so as broadly and as consistently as New World Records, so the arrival of a new release from them is always something to stop and listen to. And while everything they release is notable, about once a year they issue something which is truly astounding, begging for the history of American music to be rewritten. A couple of years ago it was the three-CD set of music by African American minimalist/post-minimalist Julius Eastman (1940-1990) whose works for multiples of the same instrument throb with power and majesty. Last year it was the first-ever recording devoted exclusively to the music of Johanna M. Beyer (1888-1944), who seemed to be writing Elliott Carter’s string quartets twenty years before he did. This year it’s the first CD of music by James Mulcro Drew (b. 1929), who luckily is still alive to hear his music treated so devotedly by the Amsterdam-based Barton Workshop, led by expatriate American trombonist James Fulkerson.

Drew certainly has the pedigree—a one-time student of pioneering American serialist Wallingford Riegger, he was awarded a Guggenheim Fellowship in the ’70s and his music was championed by Gunther Schuller at Tanglewood. And yet a cursory listen to the six works featured here on Animating Degree Zero, five of which were composed this decade, reveals a composer whose inclinations are more akin to the uncategorizable experiments of the American maverick strain. Equally inspired by modernism, conceptualism, and a wide range of vernacular traditions, Drew has forged a compositional language that is completely his own and which is difficult to make generalizations about.

The composition which gives the disc its title, Animating Degree Zero (2003), is a subdued jazz-tinged ten-piece ensemble work for an expanded Pierrot configuration featuring a pair of wah-wah trombones. But for Bonaroo Breaks (Street Funeral Music) from 2003, the sound world of New Orleans funeral processions is the starting point for a raucous modular composition for two trombones and percussion. On the other hand, 12 Centers Breathing (2001) for viola and percussion, and Solemn Acts in Rain (2002), the one work here scored for a standard instrumental combination (violin and piano), seem more akin to the spare and ambiguous sonic landscapes of Morton Feldman.

The one older Drew piece included in this collection, The Lute in the Attic (1963) presents yet another compositional persona. And considering the importance of theatre in Drew’s output, it is also surprisingly the only texted work on this disc. A surreal setting of a poem by Kenneth Patchen which requires the vocalist to speak, sing, shout, and everything in between, Lute in the Attic, whose graphic score was featured by John Cage in his famous anthology Notations, is simultaneously surreal and folksy. While it was performed at its premiere by a soprano, it is presented here in a commanding performance by baritone Charles van Tassel. The most recent composition included here, In Memoriam J.C. Higginbottom (2005), is a tribute to the great Dixieland jazz trombonist whose signature gutbucket sonorities James Fulkerson hauntingly conjures here in performance through use of a 90 second digital reverberation.

All in all, New World offers a wonderful introduction to James Mulcro Drew, one that has been long overdue and continues their track record of annual mind-blower. In the personal wish list department, it would be amazing if their next rediscovery were either Hans Barth, a one-time piano duet partner of Charles Ives whose 1/4-tone piano concerto was championed by Stokowski, or Vera N. Preobrajenska, a forgotten Bay Area iconoclast who seems to have attempted a synthesis of Partch’s corporeality and serial procedures independently of Ben Johnston. But whatever it may be, more opportunities to expand the canon of great American composers are sure to come from New World. Stay tuned.