With the first languid lines of “The Sea,” My Brightest Diamond seduces those listening to Letters to Distant Cities (New Amsterdam) into a waking dream. It’s a lullaby that hums gently into our ears and rocks us off into an album offering a host of ambiguous material—the sort of bedtime story that will require repeated visits in order to examine its poetic content from different perspectives and shuffle again through its associated, open-to-interpretation multimedia. 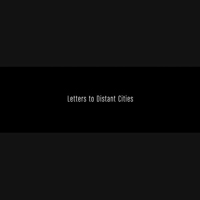 Letters, representing the creative efforts of a small roster of contributors, comes packaged in a plain black box like a gift. Twenty-four CD-case-sized black and white photographs by Murat Eyüboglu printed on heavy stock accompany the album, which contains a swift quarter-hour of poetry written by Mustafa Ziyalan and recited by My Brightest Diamond frontwoman Shara Worden. The 24 poems, each of which are also printed on the square cards, are punctuated by spare musical commentary for violin written and performed by Rob Moose. The experience, at turns heavy and light with emotion, is cleanly delineated by two proper songs: “The Sea,” on the front end and “Invisible,” by Clare and the Reasons, at the back. This is an album that works especially well delivered through headphones, increasing the intimacy of the storytelling and allowing the listener to best appreciate the spread of the music around the stereo field.

Ziyalan’s poems are delicate, half-grasped glimpses at storylines, and Worden’s spoken word delivery brings the texts alive without veering into uncomfortable overacting. A subtle shift in her tone easily alters the mood from naïve excitement to experienced reflection. Eyüboglu’s images of the same young woman caught over and over again as she moves through various landscapes, sometimes seemingly unaware that she is being watched and at other times staring the observer down directly, cut another facet into the tales.

Illustrating the verbal images, Moose colors the scenes with his writing for violin. In certain places, he offers only a snatch of melody, a few harmonics shifting our gaze in between the poetry of “The Starfish” and “The Sleeper.” At other turns, such as in “Letters To Distant Cities,” he provides a comfortable bed on which Worden lays out the texts. Other tracks offer even more developed mini-compositions, as in the midst of the “Midsummer’s Winter,” when plucked and bowed tracks braid themselves together in duet or when the crescendoing, sul ponticello lines of “Dimming Eyes” twist the tension in the melody. The scoring keeps the ear moving along a timeline that follows no clear narrative path but discourages lingering complacently in any one place or emotion.

On it goes, and then, just as smoothly as the listener slipped inside this dream, the credits seem to roll. The upbeat, gently plucked banjo and ethereal female vocal line that dominates the album’s final track, “Invisible” contributed by Clare and the Reasons, allows for a brief backward aural glance but float us persistently towards the exit. Do come again, the music seems to invite, but for now it’s time to move along.