Liaisons (ECM 2470-72), Anthony de Mare’s 3-CD recital of piano pieces by 36 different composers based on musical theatre songs by Stephen Sondheim, is somewhat unprecedented in the annals of recorded history. In some respects, it’s akin to numerous instrumental jazz albums that re-interpret Broadway show tunes, but not really. These re-imaginings are not by one artist or combo but rather by 36 different composers, actually 37, since as a postlude de Mare offers a Sondheim rendering of his own devising. So perhaps it is more like a tribute album in which the oeuvre of a specific songwriter or band is covered by a wide range of artists. Well, not quite. Even though three dozen disparate compositional voices were involved here and the results are extremely different, all were asked to create music for the piano (and most did, though some added electronics). Plus all of these Sondheim “covers” are interpreted by the same musician—Anthony de Mare—and these pieces form a surprisingly cohesive whole when the collection is listened to in its entirety.

Aside from the recording, de Mare is currently in the middle of a tour where he is performing these works live. On Thursday, November 19, he will perform a selection from the series in New York City, with Sondheim scheduled to be in the audience, at Symphony Space. Then on December 12, he will take the material to PianoForte Studios in Chicago, with more appearances in the works for 2016.

To give some hint of the range of this project, we asked two of the composers de Mare commissioned—Annie Gosfield and Eve Beglarian—to share with us the some of the back story behind their idiosyncratic takes on Sondheim songs. In Gosfield’s setting of “A Bowler Hat,” from Sondheim’s somewhat lesser-known 1976 Broadway musical Pacific Overtures, phrases from the original song waft in and out, whereas in Beglarian’s “Perpetual Happiness,” an elaborate fantasia on the song “Happiness” from Sondheim’s 1994 Tony-award winning show Passion, Sondheim’s tune is transformed into insistent, propulsive motives that caress the keyboard relentlessly. Both totally sound like the work of their respective composers yet both still clearly reflect Sondheim’s immediately-identifiable sound world.

I never sat through a live musical. I can barely name a show tune, let alone sing one.

So imagine my surprise when Anthony de Mare contacted me about reimagining a Stephen Sondheim song for a new project. As usual, Tony’s enthusiasm was infectious, and I love surprising projects that unexpectedly spring up, so how could I say no?

I met Tony in the 1990‘s, when the new music scene in New York was smaller, friendlier and a little more incestuous. Tony played my piece “Brooklyn, October 5, 1941,” in which the pianist’s fingers never actually touch the keys. Instead, the notes are sounded by baseballs, which are rolled on the keyboard, and used to strike the strings and soundboard of the piano. A catcher’s mitt comes into play, creating monstrous left-hand clusters. This athletic piece was a happy match with Tony’s very physical approach to the piano. I never would have guessed that writing a piece for piano, baseballs, and catcher’s mitt would lead to Sondheim.

We met to discuss the project, and Tony gave me a list of available songs. Steve Reich had already grabbed “Finishing the Hat,” so I quickly checked out “A Bowler Hat.” Why? Because I like hats, and I used to be a milliner. The two contexts are not completely unrelated: the urge to transform materials and make something new out of something in hand exists whether I’m dealing with a Sondheim song or a raw piece of felt. “A Bowler Hat” was a little more obscure (the last thing I wanted to do was tackle “Send in the Clowns”) and had an infectious repeated theme. It’s from Pacific Overtures, and sung by Kayama, a Japanese man proudly displaying his Western accoutrements—a pocket watch, a cutaway coat, and, of course, a bowler hat. The song is about cultural shifts and Kayama’s personal transformation, which fits nicely with the idea of adapting a musical theater piece to my own style.

Working with the piece was another story. The further I got from the original, the weaker the music became. I quickly learned what so many of the other composers already knew, that Sondheim’s songs were impeccably constructed. Any major changes felt like pulling one stone out of a Roman arch; Sondheim was our keystone and the original structure stood beautifully on its own. Like blocking a hat, the song had its own inherent shape, and it was best to respect that. Writing for Tony provided a lot of inspiration as well. I took some liberties, imagining his unique mix of muscular brawn and emotional lyricism, added elements, and combined existing motives. In the end, I stepped back and enjoyed being the instigator of a new conversation between Mr. Sondheim and Mr. de Mare.

This series of delightful surprises continued. When I was a teenager and first met my partner, guitarist Roger Kleier, in the dorm of the music school at North Texas State University, the background soundtrack was often the gorgeous, ethereal, reverb-heavy LPs by Terje Rypdal and John Abercrombie. They were part of Manfred Eicher’s signature sound world on ECM. Fast forward a few decades, and I’m at the Academy of Arts and Letters with the wondrous Judith Sherman producing Tony’s impressive 3-CD set, and after an unexpected sequence of baseballs, hats, and late night dorm listening, my name’s on an ECM release, represented by the spectacular Mr. de Mare.

—Giorgio in “Happiness” from Passion

When Tony de Mare asked me to rework a Sondheim song for his Liaisons project, it took me a while to settle on the opening number from Passion. At the time, I had never actually seen a production of that particular show, so I was surprised when it called to me.

Passion opens with a couple reaching the end of their lovemaking and then singing a love duet in their post-orgasmic bliss. How else do you open a show called Passion, right?

But it’s a curious love duet. While the melodic lines do everything love duets are supposed to, and the words are full of love and certainty, the accompaniment is slightly off-kilter, with curious glancing dissonances that roil just beneath the surface. One of the hardest jobs I had in my reworking was to keep the crunchiness submerged: the dissonances wanted to leak out and infect my version, which would have destroyed the perfect ironic balance Sondheim created.

When I made my version, I thought I understood what the song was getting at. I understood the show as a warped rom-com that happens to end badly. The guy is with the wrong girl, who seems totally right at first; he meets the right girl (who seems really amazingly wrong at first) and finds true love, which is really great. But then it turns out that love, physical love, kills the woman he loves. So sad.

And a little confusing and unsatisfying. Is the story saying that passion is great but sex is a problem? Not too likely. Is it saying love has to kill you to be the real thing? I know there’s a long tradition (Tristan and Isolde, Romeo and Juliet, and on and on) bolstering that line, but in most cases it’s outside forces that kill the lovers, not love itself. I’ve been mulling this whole question over for a while, even after seeing the fine production of the show at Classic Stage Company in 2013.

A few weeks ago, at Tony’s first show celebrating the CD release, the project’s producer, Rachel Colbert, told me about a novel called Beware of Pity by Stefan Zweig, which tells the same story as Passion. Sondheim credits Ettore Scola’s film, Passione d’Amore, as his inspiration, a film which in turn was based on the novel Fosca, by Iginio Ugo Tarchetti. Tarchetti seems to be the source for both Sondheim and Zweig, but I don’t know if Sondheim has read the Zweig.

For me, Beware of Pity was a revelation.

Zweig makes horrifyingly clear that pity is an act of monstrous vanity which destroys everyone: both the pitier and the pitied. Pity is the opposite of empathy or even sympathy. The pitying person sets himself above the one he pities:

On that evening I was God. I had calmed the waters of unrest and driven the darkness from their hearts. But from myself, too, I had chased away the fear, my soul was at peace as never before in all my life.

Pity acts to alienate the pitier from the pitied, isolating the pitier from the vulnerability the pitied person arouses in him. In Beware of Pity, Zweig makes clear that the most broken person in the story is not the sickly woman, but the male protagonist, who himself realizes, “it is not evil and brutality, but nearly always weakness, that is to blame for the worst things that happen in this world.”

At the end of the novel, he abandons his now-fiancée—who commits suicide in response to his betrayal—and runs off to join the opening battles of the First World War. It’s clear to readers of the novel, which was published in 1938, that this soldier has the soul of a Nazi officer: a seemingly brave, strong hero who is actually weak, fearful, and therefore brutal.

In Passion, when Sondheim brings back the music of “Happiness” under a love scene between Fosca and Giorgio, I think he is hinting at some of this complexity. We know Giorgio was wrong to sing “I didn’t know what love was, but now I do,” to his first lover, Clara, at the top of the show. Fosca is heartbreakingly correct at the end of the show, when she sings “Too much happiness, more than I can bear” to the same melody. She sings these words to a man who even now doesn’t have a clue what real love is, because he is besotted with pity.

Usually I embark on creative work with some awareness of what it is I am trying to make sense of as I make the piece. In this case, the piece called me before I understood why I needed to grapple with it. I am grateful to Tony, to Stephen Sondheim, to Rachel Colbert, and to Stefan Zweig for showing me something I needed to understand. Thanks to this exploration, I understand something new about the vital distinction between pity and empathy/sympathy. But I’m still not going to claim I understand what love is! 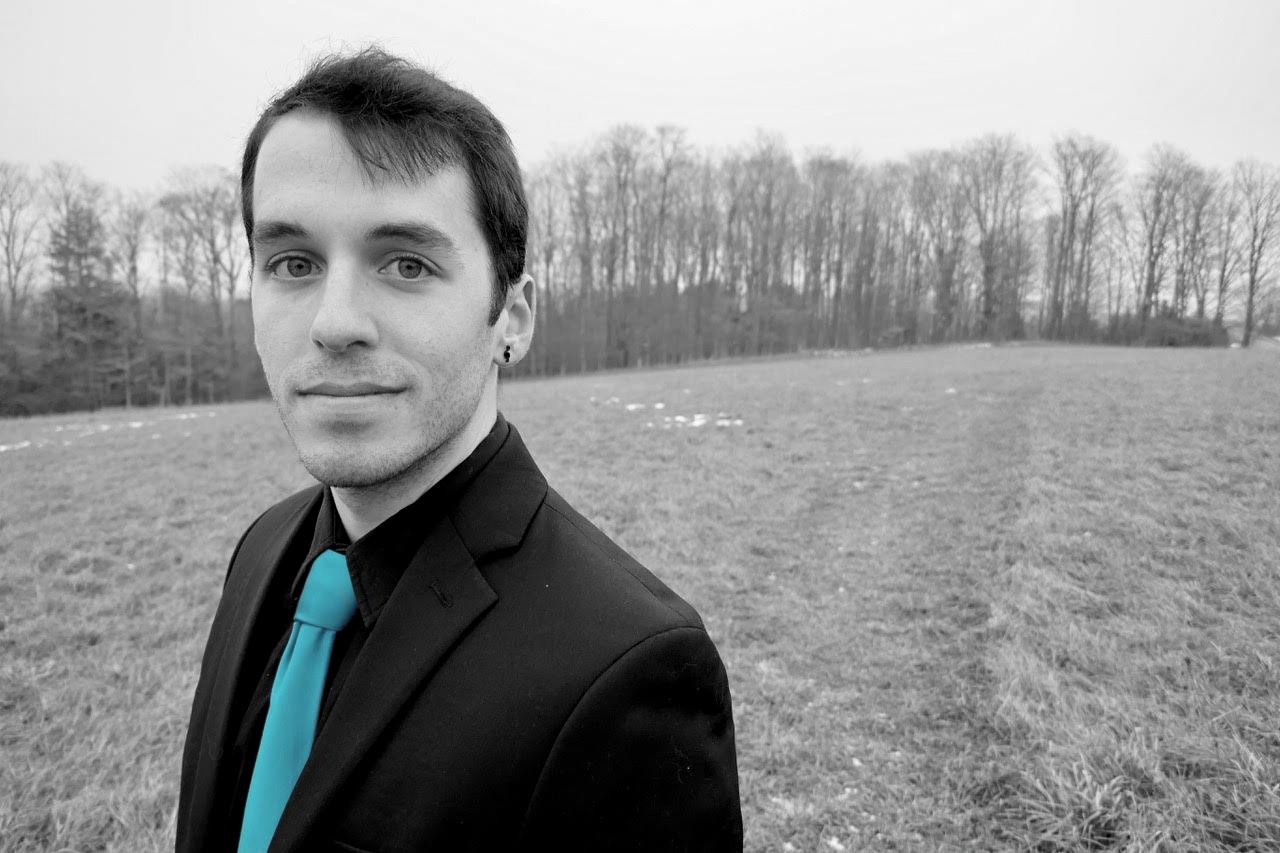