Ed. Note: When I sat down with composer Linda Dusman in her Baltimore living room late last month, the gender equality discussion that has transfixed NewMusicBox readers this week had obviously not yet begun. Frankly, as a reporter who has covered gender issues in contemporary music repeatedly, I now tend to avoid this line of questioning entirely when speaking with women about their music unless it relates directly to the work they’re engaged in. When it does come up, the topic is often quickly dismissed.

However, for Dusman, a professor and former department chair at the University of Maryland, Baltimore County, this perspective and—more than that—this advocacy work, is an integral piece of her life in music, and her comments are serendipitously resonant here on the site today.—MS

In a clever twist of titling, most of the music on Linda Dusman’s recent CD, I Need No Words, can be traced to various texts and quotes the composer drew upon when writing the seven pieces included on the disc. It’s a point of inspiration neatly traced to her love of reading. The title itself, in fact, is cribbed from Virginia Woolf’s landmark novel The Waves.

“It all comes from texts, but I don’t use texts, I don’t have people singing,” Dusman clarifies. “It’s more a sonic response to the texts.” It’s not unusual for her to make note of phrases she finds musical or for friends to send her texts they think she might find compelling. Then these fragments sit on her desk, sometimes for years, until she notices them at a particularly opportune moment. “If somebody asks me to write them a piece, very often I don’t start from the text, but then as I’ve started on the piece I’ll read something and suddenly it’s like, ‘Oh, yeah, that’s this piece. That makes perfect sense to me.’ So, it’s nothing very systematic, but it is very powerful, for me.”

Language is not the only well she draws from. Visual art and the natural world are also a constant source of sonic inspiration—from a shift in perspective she experiences while looking at a line drawing to the rhythm she hears as wind moves through the branches of the pine tree outside her office window.

It’s also a perspective that follows her beyond her compositions. “My goal has been to lead a creative life,” Dusman says. Even though the nuts and bolts work of being “a mom, a department chair, a professor, even a composer” can wear a person down, she suggest that “really, if you approach everything as a creative project, it gives you juice.”

At the mention of her work in academia balanced against her family life, the conversation turns to reflect on both her own experiences as a woman writing music, as well as her observations as an educator. Her anecdotes range from learning to compose in small increments after having a baby to presenting a paper to the IAWM Congress on her study of the experiences of women composers in graduate school.

“It’s really discouraging for me that there aren’t more young women going into composing. It’s still this incredible minority,” Dusman highlights. Citing research on racism that points to “micro-aggressions that create an environment of micro-inequalities,” she says she finds that female composition students can find themselves confronting a similar situation in academic institutions. Still, Dusman reflects, “the other thing I found just talking to my women students: it’s hard to bring it up, because they don’t want to deal with it either; they don’t want it to be true.”

Even though it’s now 2012, Dusman says the issues still haven’t gone away. “When I was in my 20s, I thought it would be fixed by now!” she admits. As her own contribution to the improving the situation, she started I Resound Press.

“Women’s lives can be very complicated,” Dusman says, noting the work/family juggling act many women must execute daily. “So I just got this idea that there should be a way to digitally have access to this music; it should be easier to send things out, it should be easier for women to do that.” Many of the composers on her roster are older, so the press serves as both a way to provide digital distribution for hard-to-come-by handwritten materials and as an ad hoc archival service. “It shouldn’t just be about me. Having access to the resources that I have at the university, I feel like I should be able to find a way to support other women composers who are maybe not as fortunate to have a faculty position.”

And while the project ended up being considerably more work than she anticipated, now that it’s up and running, it’s getting notice, and that’s making it worth the investment. “I’m getting more orders for music, and it’s exciting to be able to help other people out, frankly,” Dusman concedes.

Still, when it comes to fair and equal treatment for women who want to compose, “we’re really not there yet.” 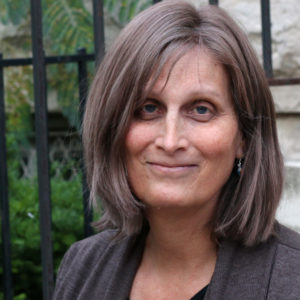