Composer, improviser, and pedal steel guitarist Susan Alcorn came up playing country and western music, first in Chicago where she fell in love with the instrument’s unique timbres and then in and around Houston. But her ear eventually led her down a decidedly more singular experimental path, a journey which required the adaptation of both her instrument (changing tuning and adding strings) and her physical approach to it.

For audiences and even fellow musicians used to more straight-ahead performances, the reaction to her exploratory work with the instrument could get unsettling.

“It was like, what the hell’s she doing…and why?” Alcorn recalls, somewhat bemused. When a video of one of her performances in Paris was released on YouTube, an online pedal steel forum questioned her skill and her respect for her instrument. “They thought not only did I not know how to play, but that I was destroying the instrument. I actually got threatening emails, believe it or not! They said I was the empress with no clothes.”

Still, in a reflection characteristic of Alcorn’s thoughtfulness in front of her instrument, she goes on to suggest “and maybe they were right, because that’s how you have to be. You’ve got to be naked in your mind to be able to play and express yourself—you have to be naked and fearless and that’s not easy, especially the older you get.”

Though she can still skillfully slide her way through country tunes, these days Alcorn is based in Baltimore and primarily devoted to her own innovative work, chasing new sounds through extended techniques, instrument preparation, and free improvisation both solo and with fellow artists old and new. But her music remains engaged with melody and beautiful chords. “Maybe that’s the country and western in me,” she says. “I like a song!”

Though Alcorn’s titles often suggest a certain epic scope—And I Await the Resurrection of the Pedal Steel Guitar and Olivier Messiaen’s Morning Conjugal Death Waltz, for example—her website doesn’t offer many details about her individual pieces and her CD booklet notes have been presented in the form of brief poems. Whether offering her music on intimate recordings or live from the stage, she doesn’t seem all that anxious to explain it in words to her listeners. “I kind of hope that [audiences] find their own meaning in it—inspiration, comfort, discomfort, whatever. And sometimes I feel like the more that I say about something, I almost feel like that takes the power away from it. The more you describe something, it weighs it down a bit.”

Though Alcorn herself prefers to play by ear and usually feels most effective as a performer that way, she does notate work for other players when needed. And when composers write for her, such as Jeff Snyder’s recent work Substratum performed by Alcorn and the Mivos String Quartet, she has even adapted their notation to a version that she can read with more facility.

“My approach has been to try and allow…the instrument itself to tell its story, not to be the boss or the master of the instrument, but to be a collaborator with it and hopefully the three of us—the instrument, myself, and these little harmonic universes—can do something, accomplish something, say something, express something that will affect people in a nice way.”

“And you either hear it or you don’t,” Alcorn says, acknowledging that her sonic explorations don’t resonate with everyone, though she doesn’t buy the idea that you need some special training to understand her work. “It’s not a math problem; it’s feeling something.” 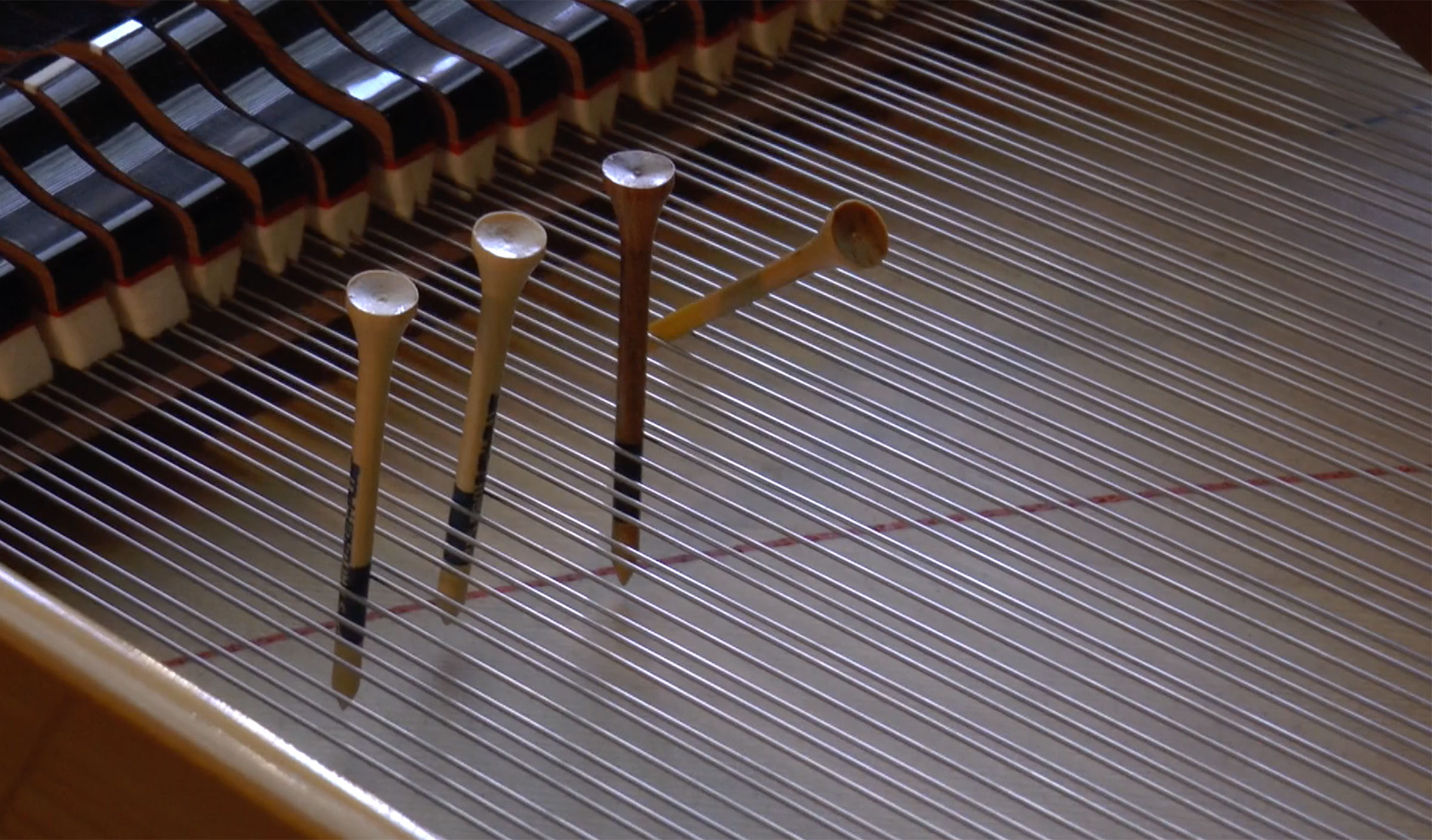