The musical case against rap is that in my view and the view of my music theorist father who went to music school, there are three elements to music. There is harmony, there is melody, and there is rhythm. And rap only fulfills one of these—the rhythm section. There’s not a lot of melody and there’s not a lot of harmony. And thus, it is basically, effectively, spoken rhythm. And so it’s not actually a form of music, it’s a form of rhythmic speaking. And thus, so beyond the subjectivity of me just not enjoying rap all that much, what I’ve said before is it’s not music. (Ben Shapiro, 9/15/19)

During a recent episode of The Ben Shapiro Show Sunday Special, Shapiro invoked the authority of his “music theorist” father who went to “music school,” in order to dispel, in seemingly objective, fact-based fashion, the idea that rap is music. Shapiro’s criteria for what qualifies as music is absurd and his assertion that rap fails to meet this criteria is likewise absurd—but this is largely beside the point. The objective of these bad faith arguments isn’t necessarily to win or lose, but rather to perpetuate the notion that rap-as-music merits debate. Even entertaining the question undermines the legitimacy of rap by setting it apart from other musical styles about which we couldn’t imagine having such conversations.

We must reject Shapiro’s attempt to leverage the prestige of academia to do his dirty work for him. At the same time, we must consider the implications of his appeal to music theory. Shapiro wants us to focus on what music theory and music school suggest about rap-as-music—we should instead ask what his invocation of these institutions suggests about music theory pedagogy. Within these institutions, what do we learn about who and what is valued, and why?

Although the majority of undergraduate students do not listen regularly to Western art music, the standard theory curriculum continues to privilege it at the expense of all other styles.

Western art music is not a universal language. It does some things well, other things not as well, and many things not at all. And yet, although the majority of undergraduate students do not listen regularly to this style of music, the standard theory curriculum continues to privilege it at the expense of all other styles. Given this disconnect, how can we justify our near-exclusive reliance on traditional pedagogy, especially in situations where it isn’t necessary to do so? What biases do we create in our students when we declare Western art music to be mandatory knowledge for anyone pursuing formal studies in music? What biases does this reveal in us?

Names create hierarchy. A course title like Music Theory 1: Diatonic Harmony explicitly designates harmony as the most important element of the course. Nor is this harmony in the general sense, but harmony specific to Western art music. There’s a real danger of elision, whether in perception or practice, so that music theory becomes just about harmony. Discussions of melody often come folded into larger discussions of harmony. The standard textbooks, despite grand gestures towards complete, everything-you-need-to-know musicianship, devote almost no attention to rhythm, beyond strict issues of notation. Other critically important musical elements, such as improvisation, timbre, and post-production, fail to make any meaningful appearance. This unwarranted prioritization of harmony as the essence, if not the totality, of the music theory core curriculum shapes the reality of what, within academia, is considered music, or at least music worth studying.

A myopic focus on Western art music severely distorts what music is and what music can be. The standard pedagogy relies on a value system whose metrics are based on subjective preferences but passed off as objective truths. Western art music is declared, without adequate justification, to be the necessary tool for understanding music at the most fundamental level. The construction of a musical hierarchy with Western art music at the top, until recently considered the only music that merited institutionalization, perpetuates the idea of worthy music and unworthy music.

The construction of a musical hierarchy with Western art music at the top perpetuates the idea of worthy music and unworthy music.

These are decisions made by people, no matter how compellingly they’re framed as divine decrees or natural phenomena, no matter how long-standing their historical pedigree. Teaching Western art music without acknowledging issues of canon-formation, cultural colonization, exclusion, and erasure ensures that these problems will continue. We are not exempt from interrogating the standard theory pedagogy, nor are we absolved from blame when we choose not to. The emergence of new musical styles and new technologies of music production are inconsequential—Western art music continues to be prioritized at the expense of all other modes of music creation. We need to understand this unwarranted privileging within the context of white supremacy.

White supremacy is the systemic centering of whiteness. It builds on an incorrect assumption of white racial superiority and functions to uphold white privilege. Whiteness is defined as the standard against which and on whose terms all others are measured and invariably fall short. When white is designated as normal, those who are not white are forever deemed not normal, no matter how hard they work or what they accomplish. Restricting the definition of white supremacy to a collection of bigoted individuals overlooks the myriad ways that institutionalized power in this country, whether social, political, legal, economic, or cultural, reinforces the primacy of whiteness. 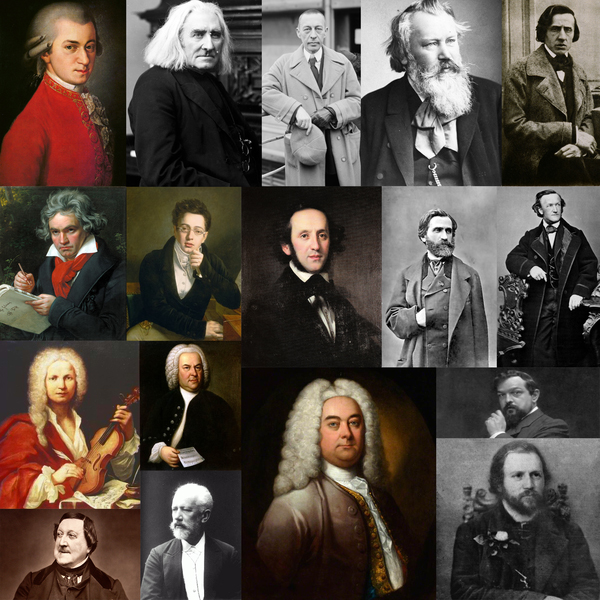 A curriculum based nearly exclusively on the music of dead white European men is not politically neutral.

A curriculum based nearly exclusively on the music of dead white European men is not politically neutral. The only reason Western art music is the benchmark by which other styles are validated or repudiated is because whites made it so. When Beyonce’s triads are as legitimate as Beethoven’s, reproducing without critique a system that excludes black music from the basic theory sequence is a political choice. This denial of the legitimacy of black music contributes to the ongoing denial of the legitimacy of black people. Injustice unchecked remains injustice.

We need an antiracist music theory classroom, one that de-centers Western art music in favor of a polystylistic approach. Students need a broad musical foundation to prepare for advanced studies in the particular styles relevant to their interests and projected career paths. An antiracist approach to music theory recognizes that Western art music is not the pinnacle of human achievement, but simply one among many equally valid forms of artistic musical expression.

The stylistic evolution of any language depends on whose voices are seen as legitimate, on who is allowed to participate. That many of us have only recently become aware of just how pronounced the disparities in representation are within music theory testifies to the extent we have internalized the biases behind them. We who are white, who hold a disproportionate number of jobs in academia, tend not to notice whiteness because it is what we expect to find. This is a problem. Our condemnation of Ben Shapiro’s racist words does not absolve us of our own participation in and perpetuation of a racist pedagogy that normalizes whiteness. We must divest ourselves of the false conception that music can exist in a vacuum, devoid of context, independent of the people and the processes integral to its production. We must do better.

We need an antiracist music theory classroom, one that de-centers Western art music in favor of a polystylistic approach.

As educators, we must be able to speak not just about what we teach, but also about why we teach it. We must ask ourselves who benefits from the current system, and who is harmed by it. A diverse student population in the classroom is not a prerequisite for concern about diverse student experience. Education is never politically neutral. As teachers and as students, as mentors and as mentees, our job is to question, to engage, to grow. We must all participate in our own education. We must all point out the ways that inequality and oppression manifest in what is presented as objective truth. The way things are is not the same as the way things have to be. We are each accountable for disrupting this narrative.

This is the first in a two-part series. The second essay will provide resources and suggestions for ways that we can begin incorporating justice initiatives into our music theory pedagogy.