The principle of utu dharma, followed by ancient mystics, is summarized in the following statement: one side can only go so far before it becomes its opposite. To my way of thinking, this idea is quite pertinent to this very specific history, that of the ‘woman composer.’

To fully understand the term ‘woman composer’ and all of the historical baggage associated with it, it’s important to be aware of hundreds of years of challenges met and overcome.  Three years of research from 2007-2010 taught me that the main challenges to women’s authorship were the social structures of historical times, which manifested in the very personal, internal conflicts of individuals. The private writings of Clara Schumann, Julie Candeille (a composer who in 1795 had 154 performances of an opera she composed, and who was greatly scrutinized because of it), and Corona Schröter, among many others, poignantly disclose these conflicts. To give you a snapshot from 18th-century thought, here is Schröter in her own words (1786):

I have had to overcome much hesitation before I seriously made the decision to publish a collection of short poems that I have provided with melodies. A certain feeling towards propriety and morality is stamped upon our sex, which does not allow us to appear alone in public, and without an escort: Thus, how can I otherwise present this, my musical work to the public, than with timidity? For the complimentary opinions and the encouragement of a few persons…can easily be biased out of pity.[1]

I once thought that I possessed creative talent, but I have given up this idea; a woman must not desire to compose—not one has been able to do it, and why should I expect to? It would be arrogance, though indeed, my father led me into it in earlier days.[2]

Both of these are examples of the inner conflicts which reflect broader social struggles of the times. Schröter’s time period was bound by social propriety, one that considered it offensively bold for a woman to speak her thoughts outright, much less put them in print—a format that was then thought of as eternal. You can follow the implications therein. Schumann’s conflict, which undoubtedly echoes similar social constraints, incorporates self-criticism and rationalization (conflicts which also appear as far back as the writings of Hildegard). I offer these brief, yet specific examples to give a small cross-section of scope, history, and of the burden associated with the term ‘woman composer.’

Examining this subject can take you even farther back in history. Most fascinating to me is the idea that social, religious, and scientific philosophies upheld over time, in an effort to maintain a kind of social order, did not keep women from authorship, quite the contrary. There were many women who broke through constraints and forged ahead (sometimes literally endangering their own lives) because they felt they had something to say, and because they believed, deep down, in their own ability (even if they had to deny it with their own pens). As I researched this subject, I gained a more complete picture of the history as well as a strong aversion to the term ‘woman composer.’ Although it may be lost on a younger generation, its very use implies that the corresponding body of work is of a lesser quality; in effect, the term renders it a sub-group.

The middle part of the 20th century was a tumultuous and transitional time. As such, the term ‘woman composer’ may have been beneficial, if only to assert the presence of quality authors who were women, to wave a flag on behalf of equality, and to have a specific term to identify a cause. As Western culture seriously struggled to transcend issues of race and gender, perhaps the label was needed for a time.

To take a phrase from Dame Ethel Smyth, “if you put on your binoculars and sweep across the landscape,” things are quite a bit different now. We’ve come a long way since these earlier centuries when the act of women’s authorship (both literary and musical) had to be self-excused and rationalized. We’ve come a long way since the time when the act of composing was caught up in political causes defined by gender. Many battles, seen and un-seen, were fought on behalf of gender equality. What reward did those challenges reap for the artistic pursuits of today’s composers? A relative healthy lack of self-awareness with regard to gender. There is no shortage of new music composers, no shortage of excellent ones, and no shortage of women. The fact the Rob Deemer could easily come up with a list of 202 living women in the field is evidence of that. A mere 20 years ago, that list would have been much smaller.

It’s important to be aware of the history, so we can understand that the term ‘woman composer’ is nothing more than the residue of struggles past, persisting like a bad habit.

My biggest concern, however, about the resurgence of this whole subject of late, is the issue of programming. I’m sympathetic to the fact that International Women’s Day may have given understandable attention to, and examination of the issue across the world and even in our field, but I feel compelled to offer a different perspective than those previously expressed on NewMusicBox.

If the leading new music ensembles today are programming 8-22% composers of the female sex (as David Smooke’s pie charts maintain), I simply must point out that 15 years ago this number would probably have been 0-3%. But most importantly, I do not accept, and do not believe, that analyzing programming data is the way to measure success of composers in this field. Perhaps a better way is to ask young composers if they feel gender is an obstacle in their personal quest to make art. No doubt you will be greeted with total confusion and a look that betrays the thought, “Does not compute.” Perhaps an even better way to measure success would be to notice how many composers today have this healthy lack of self-awareness I mentioned above. It pains me to think that we are “celebrating” composers of the female sex by criticizing ensembles (who are supporting a diverse body of excellent works) for not programming enough of them. These ensembles are surely programming music they find compelling. I would hope they are not basing their programming choices on gender, but rather on excellence.

As I wrote in my response to Deemer’s article, it’s commendable to be aware of and in support of all composers striving to make art, but our first responsibility is to identify and program music that is excellent—which of course has nothing to do with gender. I would hate to think that my work had been programmed simply because I’m a woman—and in fact, I’ve declined concert and recording opportunities that were gender-based.

It would be a great detriment to the field if suddenly, in the 21st century, when we’ve largely transcended the issue of gender, to start focusing on it again. Neither art nor artist is served by segregation—even if it’s well intended. The moment we begin programming based on gender, instead of excellence, is the moment we begin to go backwards. I would encourage administrators, ensembles, and concert producers to examine a diverse body of new works and program only those that speak to you and those that you find to be of the highest quality. Let those qualifications be the paradigm, and an excellent and diverse group of composers will surely continue to rise to the surface.

It’s wonderful to celebrate the composers of our time, but lets do it by freeing them from our gender-burdened past. If we do this, then what happens to the ‘woman composer’? Well, we bury her. She is, after all, quite dead.

Ellen Taaffe Zwilich, Shulamit Ran, Jennifer Higdon, and Melinda Wagner did when they won the Pulitzer Prize for Music Composition; Kaija Saariaho, Jennifer Higdon, and Unsuk Chin did when they were among the first to be commissioned by major opera companies; Chen Yi also did when she received the Charles Ives Living Award from the American Academy of Arts and Letters; Joan Tower, Libby Larsen, Augusta Read Thomas, Jennifer Higdon, and Anna Clyne did when they became composers-in-residence for three of our country’s leading orchestras; Jennifer Higdon and Joan Tower did by winning Grammy Awards for Classical Composition (to trumpet only a small few of the most recognizable names and honors); and so too did all of the young composers who have poured into this field by way of undergraduate and graduate programs throughout the last forty years or so. If accomplishment is evidence of ability, then the proof is in the pudding.

The ‘woman composer’ opened doors for all of us—and we have many musicians and administrators to thank for this. But it was in the late 20th century that this label reached its most potent point and even then it was just short of becoming offensive. Before this label begins to darken our doors, which is the opposite of its intended purpose, let’s let the ‘woman composer’ rest in peace.

I know I’m only one person, but to me, in light of all of these things and in the context of a very long history, it is highly insulting to classify a composer by gender because it perpetuates the myth of a sub-group.  It’s even further insulting to imply that our ensembles have made, or should make, programming choices based on gender.

Amy Beth Kirsten, one of this year’s Guggenheim Fellows in music composition, is currently composing a forty-five minute chamber opera—without singers—for the 2012 Grammy-winning ensemble eighth blackbird. The work, about a diabolical and murderous Harlequin back from the underworld to reclaim his theatrical throne, will be choreographed and directed by Martha Clarke for its 2013 premier. In recent years, Kirsten’s work has been recognized by the American Composers Orchestra, The MAP Fund, ASCAP, the Fromm Foundation at Harvard University, the Rockefeller Foundation, and the state of Connecticut—where she now lives. Before coming to the East Coast to attend Peabody Conservatory, she was a singer-songwriter for ten years in the Chicago area and played at many of the city’s smallest, but mightiest, nightclubs. Since then she has written music for orchestra, chamber ensemble, opera, and for solo instruments. She currently teaches music composition at the HighSCORE summer music festival in Pavia, Italy. Upcoming projects include a work for solo cello commissioned by Jeffrey Zeigler of Kronos Quartet. 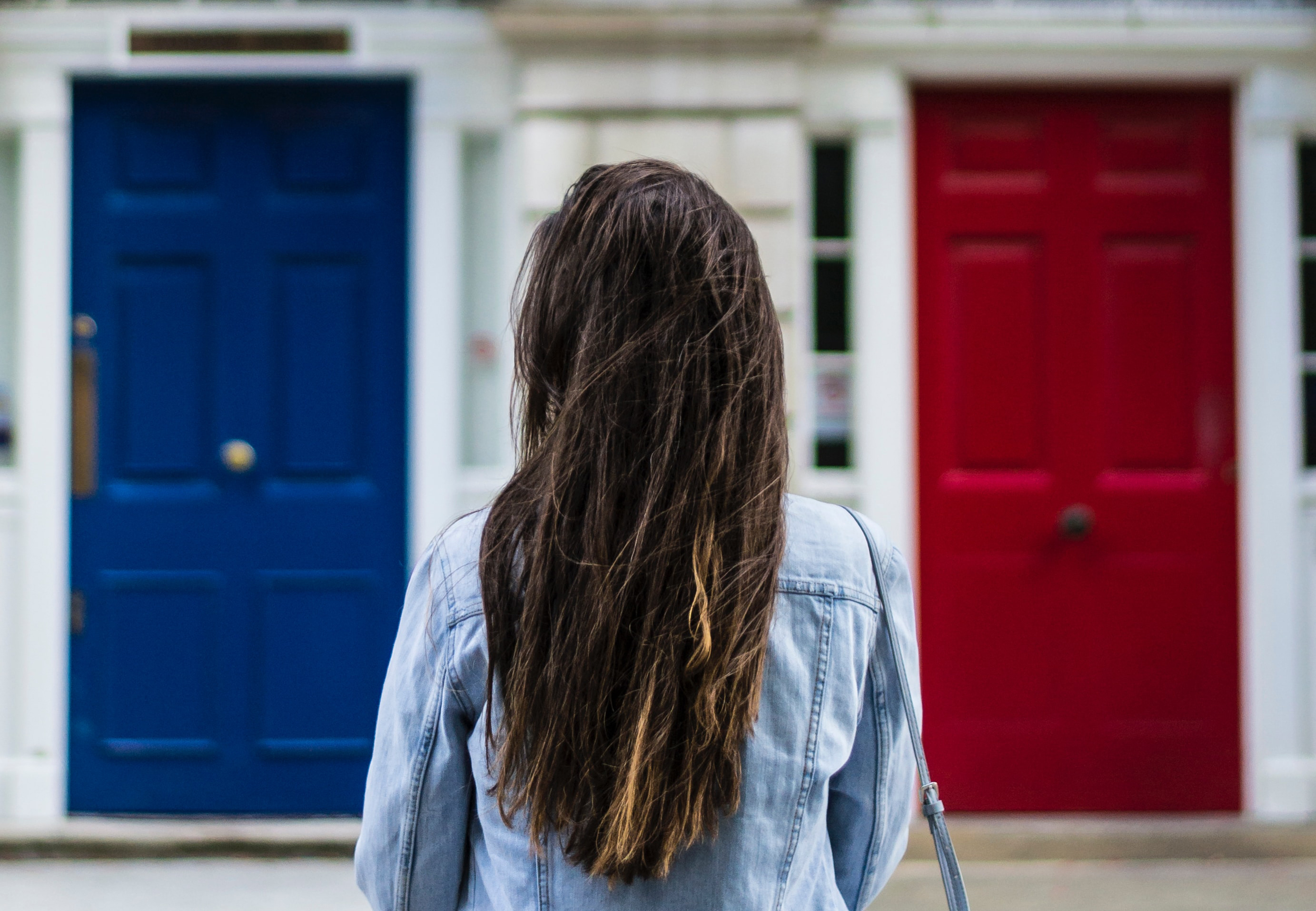