My summer project: write a piece for solo violin influenced by Bach’s Chaconne in D minor. It’s August and I can finally turn my head to a collaboration with Polish violinist Kinga Augustyn for a concert in mid November. I’d sketched a few phrases after listening to her recording of the Telemann Sonatas—which, by the way, made me a new Telemann fan. And now, I turn my attention to the Bach Chaconne—how great!  But does this fit with my initial sketch? Or how does it fit? Where? What? When? Why?

I listen to the Chaconne over and over, both entranced and mystified by it.  Looking at the score, I want to know its secrets.  How does it make the effect it does?  What does this cyclic form mean in the hands of Bach, with his deep spiritual life?  What patterns can I find? How does each small thing relate to the whole? I sense a cumulative meaning as themes return, carrying different meaning over time. I find some overarching processes that echo through the macro and the micro.

I’m struck by Bach’s use of opposites, and how consistency is consistently broken.

I’m struck by Bach’s use of opposites, and how consistency is consistently broken. Pairs of opposites emerge throughout the Chaconne. In the macro, D minor becomes D major. The dotted rhythm of the opening goes through diminution and augmentation and leads eventually to the culminating “trumpet call” of the dotted eighth and sixteenth near the end of the piece.  In the micro, pairs of phrases end high then low, counterpoint above leads to counterpoint below, syncopated rhythms appear in palindrome (just like in jazz!), lingering embellishments become forward-moving scalar passages

I realize why the Chaconne seems to unfold organically.  It’s because it does!  As Bach breaks his established patterns with an anomaly, he develops the new element.  Sometimes the thing is a small change, a surprise—the repeated chord progression acquires variation as embellishments gnarl their way through the harmony. Sometimes it changes the trajectory, or leads to a culmination.

Not to be too literal, but I am often struck by the seeming metaphorical connection between musical process and effect, leading me to muse about the correspondence between physical science and our supposedly abstract art of music, which dances again around my fascination with the idea of the Music of the Spheres: What does it mean?  Different things in different ages, but is any one of these complete?  Does it relate to the new physics and its String Theory, which builds upon the fact that everything is vibration, and suggests that the universe is a vibrating symphony? Is this the unified theory that Einstein was searching for, a completely quantifiable universe, yet so vast and interrelated that it is still ultimately unknowable?

In my first sketches, I work with some of the elements I’ve noticed in Bach’s writing: pairs of phrases, with a sense of development by their end.  As I try to emulate Bach, I become more and more aware of his finesse at keeping this potentially static form going more than 60 times round the four-bar pattern! How did he do it? In many subtle and ingenious ways.

I track the phrasing.  In the opening, each pair of four-bar phrases begins identically, but the second one ends differently and as the new material is developed, it brings forward momentum to the unchanging aspects of the four-bar cycles.  The form becomes a many-layered experience that reflects back upon itself and also forward into uncharted territory.

About half way through the piece, he breaks this pattern. A group of three phrases leads out of the minor into major.  Knowing Bach’s “music for the glory of God” worldview, I can’t help but think of this as a reference to the trinity. This anomaly leads us to the new, now on a more macro level. There’s a sense of endless variation as Bach plays out this process, introducing a changing element amid the unchanging.

In the big picture, the rhythmic flow of the piece is formed by its mysterious opening. Bach skews the momentum. He begins on the second beat, but doesn’t end on the downbeat as expected to complete the 3/4 bar with a sense of finality.  Instead the piece ends on beat two, a little beyond the known, as though passing itself off into the ether and leaving an air of mystery. What now? Will it begin again? Perhaps, in inner hearing, it will—seemingly out of nowhere as it did initially, a tonic (home) chord on an upbeat moving to a dominant (away) chord on the downbeat, leading us forward through the life of the piece.

I notice how the music crests and falls in a series of culminating points.  It quickens until you think it can go no further, then pulls back into itself in stately half notes, and points yet again onward, round the cyclic form, the four-bar pattern of the chaconne, the cyclic form of life, glancing both forward and backward, returning to the same place, yet experiencing it differently. “And the circle, it goes round and round.”

Bach described himself as a musical scientist.  I can only think what that meant to him, living as he did in the late Baroque poised on the Enlightenment: a spiritual, metaphysical world transitioning to the rational perspective we generally assume today. I imagine his thinking carried the wisdom of his nature, looking both forward and backward to the traditions surrounding him.

We are still trying to heal the dichotomy brought about by our rational, enlightenment-style thinking.

We are still trying to heal the dichotomy brought about by our rational, enlightenment-style thinking.  Scientists have been hard at work trying to prove what mystics long intuited, and it seems to be coming together in our time. Maybe String Theory is right and this spiritual connection which we sense in music, is indeed a rational supposition.  Not either/or, but both/and, connecting science and the mysterious, unknowable creation and continuance of the universe.

So what was I to do with all this?  Fascination turned to fear, a daunting task ahead.  I’d been blown away by how Bach took this repetitive form and developed it so profoundly. I aspired toward such a depth.  Could I do it? And how?  The answer that came: Be yourself (a good answer to any question)! Write your piece; let him be an inspiration.  You don’t have to write a chaconne. Time to get rational, choose some elements and processes you learned from him. 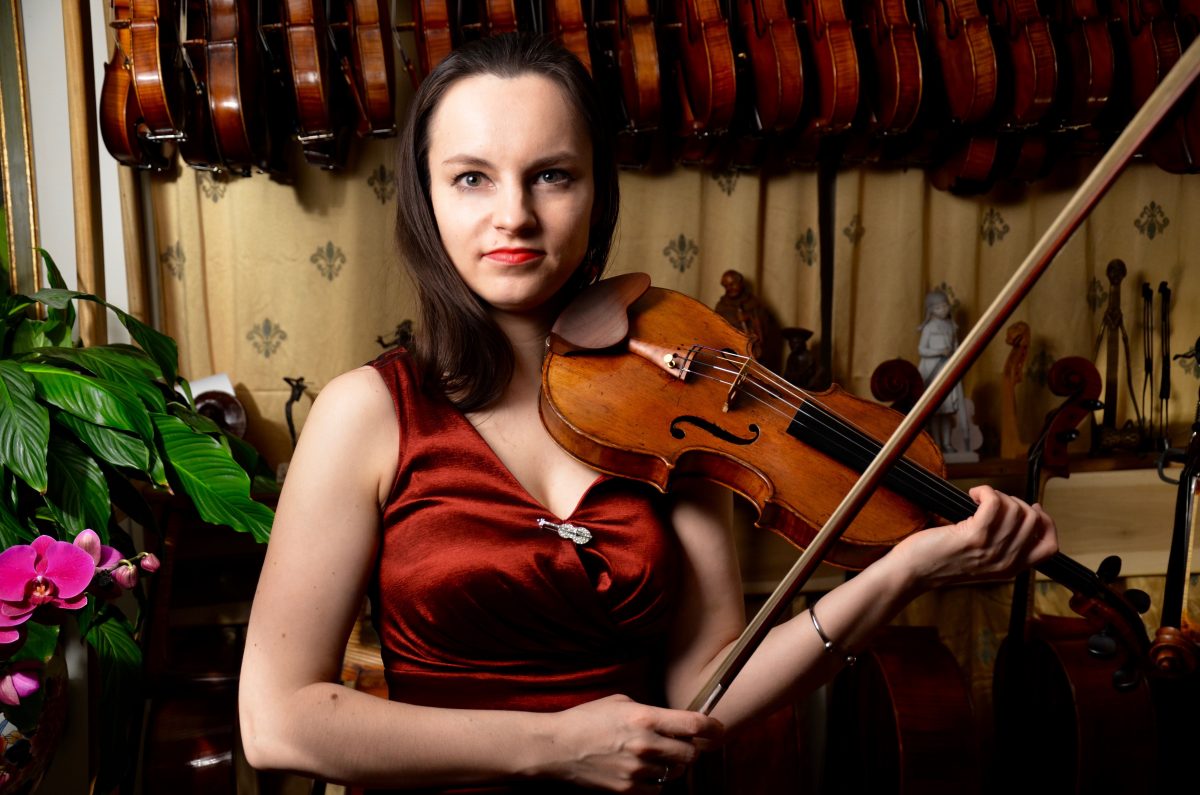 From the time I’d first heard Kinga’s recording of the Telemann Sonatas, I’d wanted to do something that had the gestural, improvisatory feel of Baroque ornamentation but in a more jagged, 21st-century way.  Something that would show her sensitive musicianship and virtuosity, and her nuanced use of the bow that brings a vocal quality to her playing at times.

Be yourself (a good answer to any question)!

As in the Bach, I wanted the music to be a many-layered experience and to have a sense of organic growth, to be both cyclic and developing, to reflect on its themes like memory does, and to move into uncharted territory. Kinga’s understanding of historical styles would allow me a wide range of musical styles; I was happy for that.  And in a practical way, with deadline looming, I wanted to be able to integrate what I’d already written with these new ideas.  Necessity is the mother of invention, not a new thing!

I usually find my way into a piece by getting a sense of its emotional terrain or trajectory, but now I struck out on a different path and chose form to give me a sense of direction.  To integrate the Bach-like phrases with my initial sketches, I decided to intersperse them in a kind of modified rondo form with the goal of attaining a sense of development over the course of the piece.  Like Bach, I’d develop a new element in each new section.  To help get the sense of reflection and development, repetition might include variation. The piece would culminate at the end by quoting the beginning of the Bach Chaconne.

I’d keep in mind the underlying processes that I’d found most striking in the Bach, but I would write freely and intuitively by playing off of things I’d noticed in the Bach and then spin them in whatever ways suited me. I settled on a title, Turning In Time. The music opens with pairs of phrases, though not always of equal length.  This pattern is broken when the first Bach-like phrase enters, standing alone in its four bars.  I referenced Bach’s characteristic dotted rhythm in my own Bach-like phrases, and played with shifting the rhythmic emphasis, a technique I’d noticed in the Chaconne.  I used the idea of a characteristic rhythm, and chose a quintuplet, adding unity to the piece when it returns as a pass-through to another destination, as a declamation on the downbeat, and later developed it into its own section.

Opposites abound.  In the macro, the form I’d chosen gives a sense of opposites through its juxtapositions, where the Bach-like phrases are regular and mine, more jagged and inconsistent.  As in the Chaconne, major comes as a relief to the minor in these Bach-like sections as the piece draws to a close. Augmentation and diminution are used throughout to develop the motifs, sometimes unfolding in a minimalist line, other times when the motif returns. The use of high and low becomes a feature of the piece as phrases end high and then low, or are repeated at the octave.

I emulated Bach by accelerating into arpeggiando near the end of the piece, a contrapuntal line emerging in the upper register.  Changing meters abound, but the music is generally in 3/4, as is the Chaconne.  The meter is most clear in the Bach-like sections, where it remains consistent. To highlight the difference between the 21st century and the Baroque, Bach-like phrases are at a slightly slowed tempo. I think of Turning In Time as a conversation between the “then” and “now,” our time and his.

Now that I had a cyclic form, and ways to develop it, it got me thinking about time and cycles in life, and how the same things, events, etc., carry different meaning over time.  And again, of the Music of the Spheres as a correspondence between musical processes and life processes. 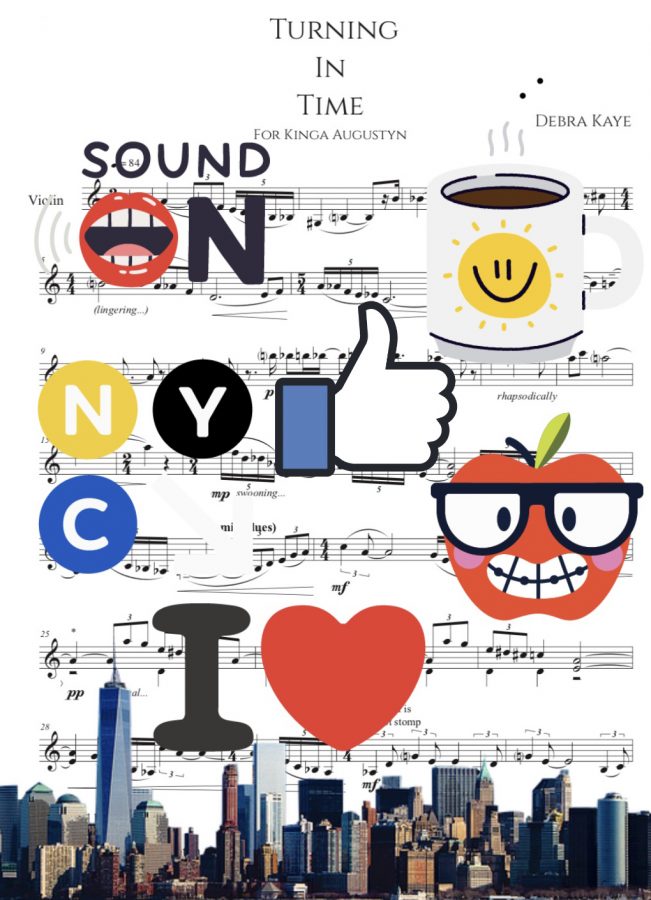 The sound world of New York composer Debra Kaye merges her eclectic background and interests. Her natural impulse to storytelling, training as a classical and jazz pianist, dalliances in the world of traditional folk music and dance, from Dylan to mambo; Bulgarian to Celtic–and studies in momentum and flow (Dalcroze Eurhythmics) that add a visceral quality to her music.   Recent highlights include commissions from the Howland Chamber Music Circle and Portland Youth Philharmonic, and five premieres in 2020 including three zen poems for shakuhachi, viola and cello commissioned by... Read more » 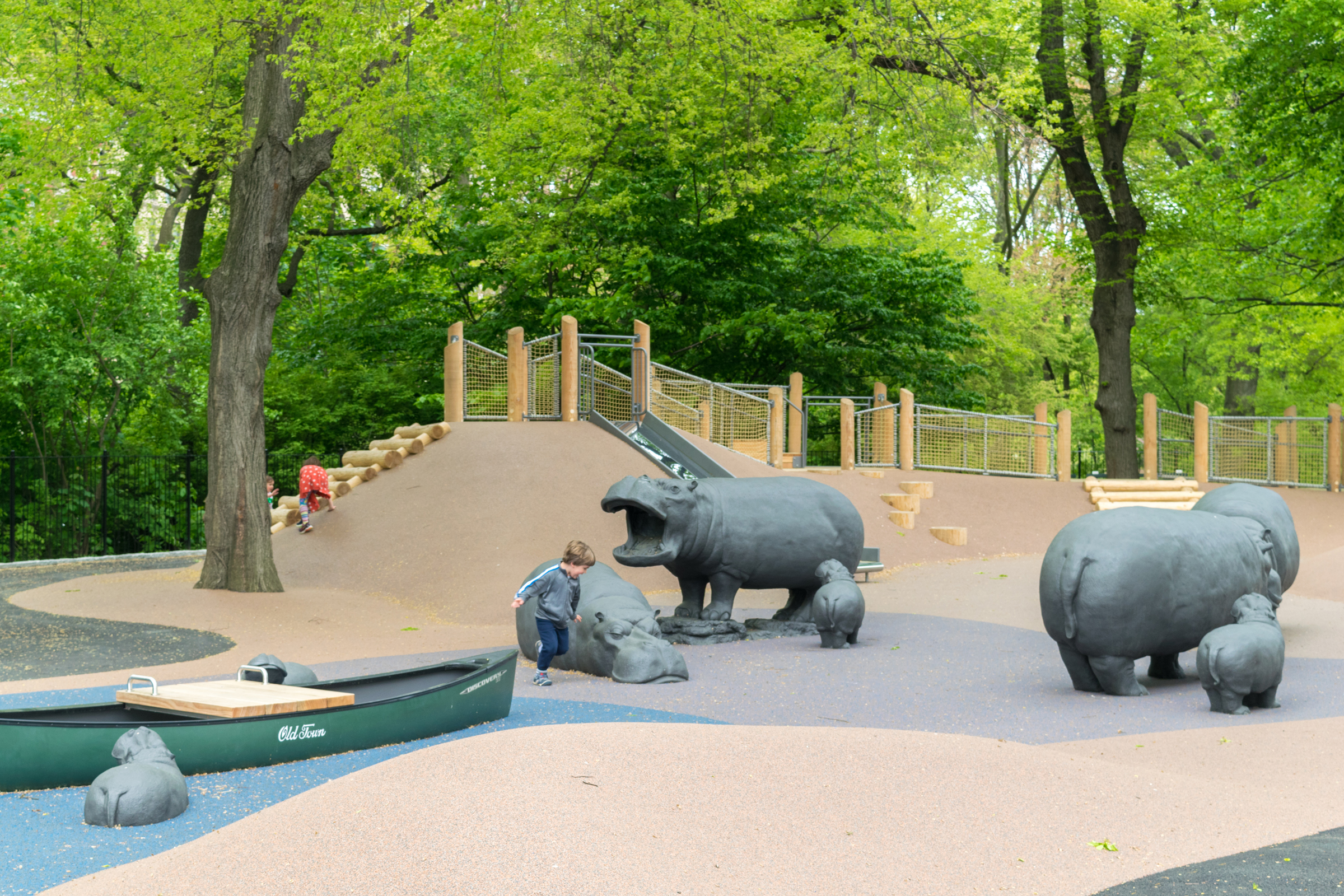