The New Music USA Board of Directors is delighted to announce that Vanessa Reed will serve as the organization’s next president and CEO. Ms. Reed’s appointment is the result of a thorough international search.

An experienced, passionate, and transformational music professional, Ms. Reed comes to New Music USA after serving the United Kingdom’s PRS Foundation as chief executive for the past 11 years. PRS Foundation is the UK’s leading charitable funder of new music and talent development. Widely respected as an adventurous and proactive funding body, PRS Foundation supports an exceptional range of new music activity – from composer residencies and commissions to a network of talent development partners and showcases in the UK and overseas.

During her time at PRS Foundation, Ms. Reed has led enormous growth efforts that resulted in dramatic increases to composer, songwriter, and artist support and the creation of a wide array of new national and international programs and partnerships. Across Europe and internationally she is also known as the founder of Keychange, a pioneering campaign to encourage gender balance in music programming. In the UK she has served as a board member of the Royal Liverpool Philharmonic and chair of Sound UK Arts. Ms. Reed’s exceptional contributions as a passionate advocate and music industry leader have been recognized with such awards and honors as the Royal Philharmonic Society Award for New Music Biennial 2017, Hospital Club’s Innovation Awards, She Said So’s Alternative Women Power List, a fellowship from Leeds College of Music, Music Week Women in Music Awards Roll of Honour, and being named as the third most influential woman in music on BBC Woman’s Hour Music Power List 2018 (after Beyoncé and Taylor Swift). In 2018 she accepted the Music Week Awards’ Outstanding Contribution to Charity Award on behalf of PRS Foundation.

Ms. Reed succeeds former CEO Ed Harsh, who left New Music USA in 2018 to work as a senior staff member of the Kurt Weill Foundation for Music and to take on an independent book project. Interim CEO Deborah Steinglass will continue to serve in that role until Ms. Reed assumes the permanent position in August 2019.

Ms. Reed expressed the following sentiments on her appointment and transition: “I believe that music, like every art form, deserves specialist resources and advocates that offer support, build new connections, and create a better future for its creators, practitioners, and audiences. That’s why I’ve loved every minute of my time at PRS Foundation in the UK and why I’m excited to be taking up this post at New Music USA, which plays a crucial role in supporting and connecting America’s many talented and diverse new music communities. I look forward to joining the New Music USA Board and team in New York later this summer.”

Frederick Peters, chairman of New Music USA, spoke of Ms. Reed’s new leadership by saying, “The board of New Music USA feels profoundly grateful that our search has sourced such an extraordinary woman to lead our organization into the future. Vanessa’s deep knowledge of the field, her boundless energy and fountain of transformative ideas, and her collegial approach make her the perfect leader for New Music USA’s next phase. We have been blessed with strong innovative leadership throughout our history; in that vein the board also acknowledges the outstanding work of interim CEO Deborah Steinglass, who has managed both our development and executive functions for almost a year with consummate skill, foresight, and elegance. “

Ms. Reed will start in her new role on August 12, 2019, and begin work with New Music USA’s 16-person board of directors and a talented staff of 12 to celebrate new music with an eye towards growth and deeper impact for all of the organization’s signature efforts.

The search was led by a committee of New Music USA board members and facilitated by Jonathan West of Management Consultants for the Arts. 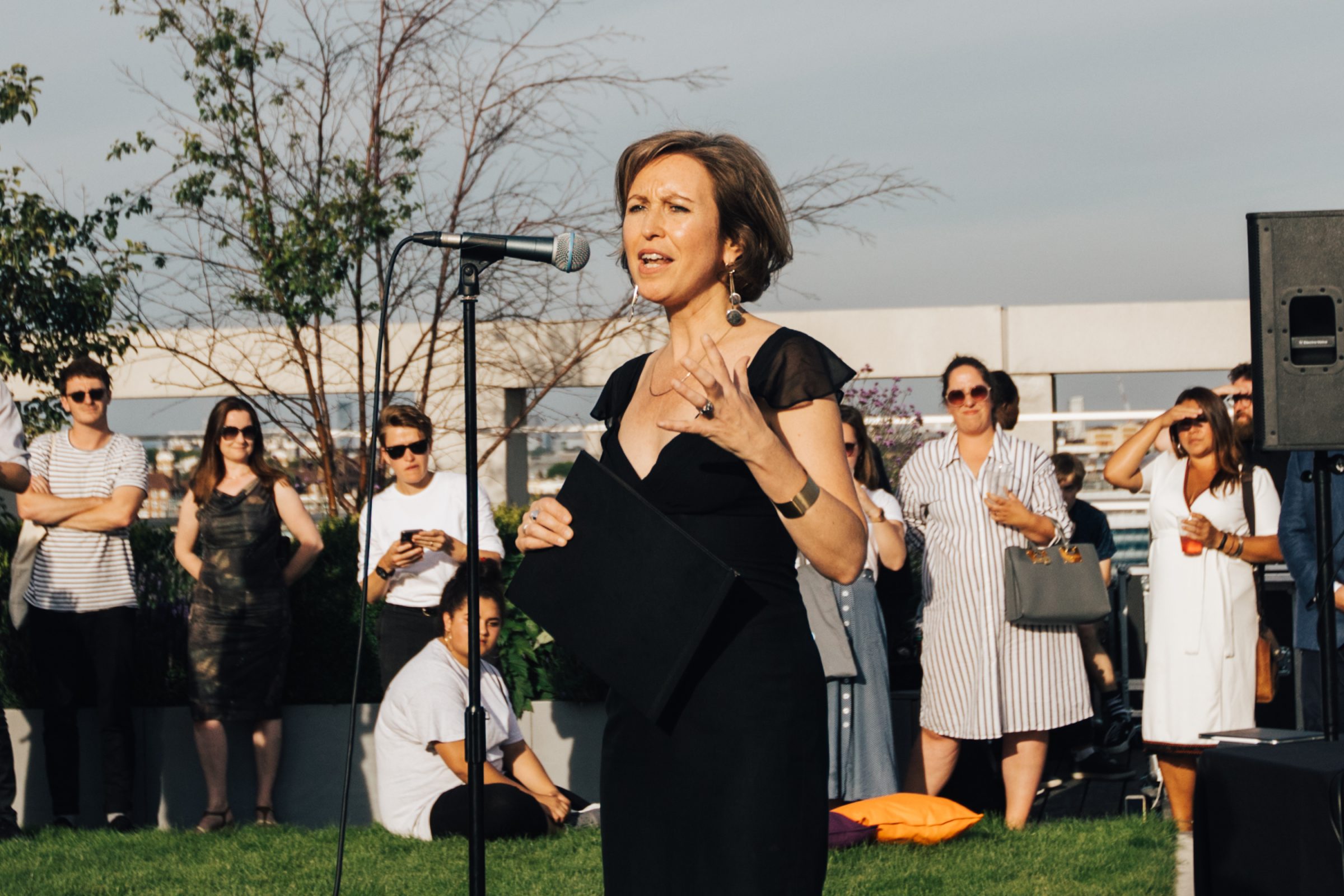