Last month, Time magazine published yet another list of the 100 greatest albums of all time. Unless you just crawled out from under a rock that has prevented you from paying attention to some of the most overexposed music of the past half-century, don’t expect to be educated by this list. Quite the reverse, it is further proof that mainstream journalism totally doesn’t get the big picture when it comes to the music of our time.

The list’s compilers, Josh Tyrangiel and Alan Light, think they’re so radical for not including anything on their list by Pink Floyd. But what’s their explanation for leaving out virtually all music that exists outside of the sphere of the pop song? They think they’re oh-so-inclusionary by mixing together rock, r&b, reggae, hip-hop, country, and some Frank Sinatra. Granted, they’ve offered a few tiny crumbs to jazz—John Coltrane’s A Love Supreme, plus Miles Davis’s Kind of Blue and Bitches Brew—albums which totally do not fit into the song rubrick. But, unless they’ve been conned by Ken Burns’s view of jazz history, it’s pretty hard to ignore musical forces like Cecil Taylor, Ornette Coleman, Carla Bley, the Art Ensemble of Chicago, John Zorn, and Dave Douglas. But, then again, Wynton didn’t make the list either, nor did Thelonious Monk (who was once featured on the cover of Time), Charlie Parker, Charles Mingus, Louis Armstrong, or even Duke Ellington.

This list also completely ignores Broadway musical cast albums, film soundtracks, salsa, bluegrass, and classical music of any kind. Of course, from my particular musical vantage point, it’s impossible to think of the recorded musical landscape of the past fifty years and not immediately also think of: John Cage, Morton Feldman, Harry Partch, Philip Glass, Steve Reich, Terry Riley, John Adams, Meredith Monk, Milton Babbitt, Elliott Carter, and the members of Bang on a Can, to name only a handful of the most recognizable names in contemporary American music. Come to think of it, even Aaron Copland, Samuel Barber, and Leonard Bernstein lived into the era they are covering, and important and popular albums of their music were issued during this time.

For the sake of keeping sentences to a 70-word minimum, I’ve self-limited myself here to American names, but Tyrangiel and Light didn’t. Their decade-by-decade account of the last half century abounds with folks like David Bowie, Elton John, Bob Marley, The Who, the Rolling Stones, the Beatles, the Sex Pistols, and the Clash. This compendium of names is perhaps more telling of their age than our age overall (as is the fact that nearly half their picks from the current decade are re-issues from the likes of Elvis and Hank Williams).

Don’t get me wrong here. I’m a big fan of most of the music on their list. I actually own almost all of the records they mention (although I have to confess that I still don’t get Elton John). But the seeming and ultimately faux inclusivity of such lists belies what, in the final analysis, amounts to a sinister exclusivity. Sadly one of the only ways to survive in the narrow-cast realm of exclusivity is to be exclusive as well. It’s almost that time of the year again when folks will start dumping on the Pulitzer Prize committee for not paying attention to a wider range of music. But perhaps it’s good that they don’t. At least some of the names missing from Tyrangiel and Light’s list are on theirs. 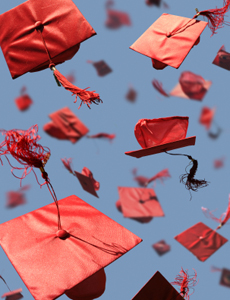