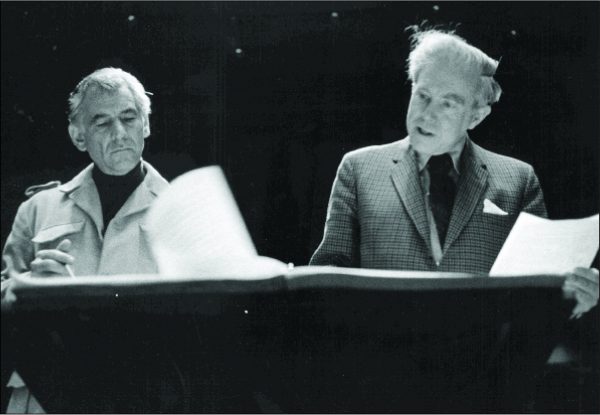 Thursday, December 11, 2008, will mark the culmination of one of the most significant musical celebrations of the year—the 100th birthday of American composer Elliott Carter. The Carter Centenary has been the occasion for numerous all-Carter concerts all over the world, including two massive all-Carter festivals at Juilliard and Tanglewood earlier this year and tons of smaller-scale offerings.

While anniversaries are de rigueur in how culture is packaged, to the best of anyone’s knowledge, this is the first time any composer has been around to witness being so honored. He’s even going to be featured on the local news on Wednesday night (his birthday eve), and the television celebration goes national on Friday morning when Willard Scott wishes him happy birthday on The Today Show.

Of course, back in 1983, ragtime legend Eubie Blake was feted with centenary celebrations. But after his death (which was only days after his 100th birthday had been acknowledged on February 7, 1983), historians discovered that he was in fact born in 1887. Indeed there have been other American composers who have been around for their actual 100th birthdays: Nicolas Slonimsky made it to 101 and Leo Ornstein lived well into his 11th decade—108 or even 110 depending on his exact birth year, no official birth certificate survives. But neither of them was the subject of such a massive retrospective and neither was still actively composing in their 100th year.

However, besides its lack of precedence, what has made the Carter celebration an important chapter in music history is that it is the first time any composer has ever composed new works during his own centenary. Last year Carter composed nine new works, and he’s already completed an additional seven thus far this year. Half of these new pieces have already made it to the stage with three more scheduled for the coming week. Yet all of this information would be merely statistical gobbledygook if the music didn’t continue to be so compelling. To my ears, Carter’s newest music offers some amazing surprises. Over the summer I reported on Carter’s 2007 Sound Fields for string orchestra which sounded like Feldman or late Cage. Carter has continued to explore this surreally ethereal terrain in the brief Wind Rose for 24 woodwinds, completed in August, which premieres in London a week from tonight.

Sadly there will be no world premieres on Carter’s actual centenary. In London, Boulez will lead the Ensemble Intercontemporain in an all-Carter program at Queen Elizabeth Hall. In New York City, the Boston Symphony will perform at Carnegie Hall, giving the New York premiere performance of Interventions which they already played in Boston last week. It will share the program with works by Beethoven and Stravinsky. I’d much prefer hearing it along with Sound Fields, Wind Rose, and the Concerto for Orchestra, and having the whole program open with Carter’s early Copland-esque Holiday Overture—this is a holiday after all. Admittedly, at least there’s an all-Carter bash the following day at Zankel which will feature a brand new duo for violin and cello, and the New York Phil will offer up a “Day of Carter” featuring a brand new song cycle for soprano and clarinet on Saturday. Yet it would appear self-evident that the day all of these new pieces should have been played is December 11. But even during an occasion as auspicious as this, subscribers must have their Beethoven.