Sitting in the Oberlin Conservatory’s large rehearsal room listening to the musicians of the Northern Ohio Youth Orchestra (NOYO) rehearse for the world premiere of Kari Watson’s Morning Music for Fish, their excitement in anticipation of the concert is palpable—and infectious. It’s a welcome sensation: the extraordinary variety and vibrancy of music-making in 2019 is undeniable, yet so is the constant hand-wringing that now seems to be a permanent feature of the classical music discourse. But if the futures of arts education and Western concert music are really as dire as they sometimes appear, why are the seventy northeastern Ohio high-schoolers in this room so psyched to be playing music nobody’s ever played before? The short answer: because of Arlene and Larry Dunn, whose most recent gift to NOYO has endowed its composer-in-residence program.

If you’re a jelly bean in the great glass jar that is New Music Social Media, it’s a near-certainty that you’ve encountered Arlene and Larry Dunn in the form of some virtual avatar or other. I first crossed their path as a graduate student around seven years ago; they must have seen my byline here on NewMusicBox and assumed that I was a bona fide member of the field (an extension of the benefit of the doubt that no student composer could forget). It’s safe to say Arlene and Larry are the biggest fans of contemporary music in the United States who are not personally in the business. To practitioners who inhabit our small world, that anyone not in it for themselves could be a fan can come as a mild surprise: it’s a difficult world to love sometimes, exasperating even when everyone is treating each other with civility (which they don’t, always). But Arlene and Larry are indefatigable advocates both for what new music is and—crucially—for what it should be.

Arlene and Larry Dunn are indefatigable advocates both for what new music is and—crucially—for what it should be.

The Dunns have found a vector for that advocacy in the Northern Ohio Youth Orchestra, on whose board Larry has served. “For us, it is essential that the NOYO composer-in-residence program is specifically focused on commissioning work from a composer of underrepresented status: people of color, women, LGBTQ,” says Arlene. “The only way we are going to move towards racial and gender equity in the arts, or anywhere else, is by taking such concrete steps.” Showing young musicians that composers are not found exclusively in the ranks of the white male dead is a vital part of NOYO’s mission to provide exceptional musical education through a variety of performance opportunities for participants of all backgrounds in an inclusive community of learning and growth. When NOYO’s artistic staff puts a composition on a high school musician’s stand by a composer who looks like them, that’s not just a way to broaden their sonic horizons: it’s a way to demonstrate that anyone can be a composer, that everyone has an aesthetic position to take, and that those positions warrant respect. 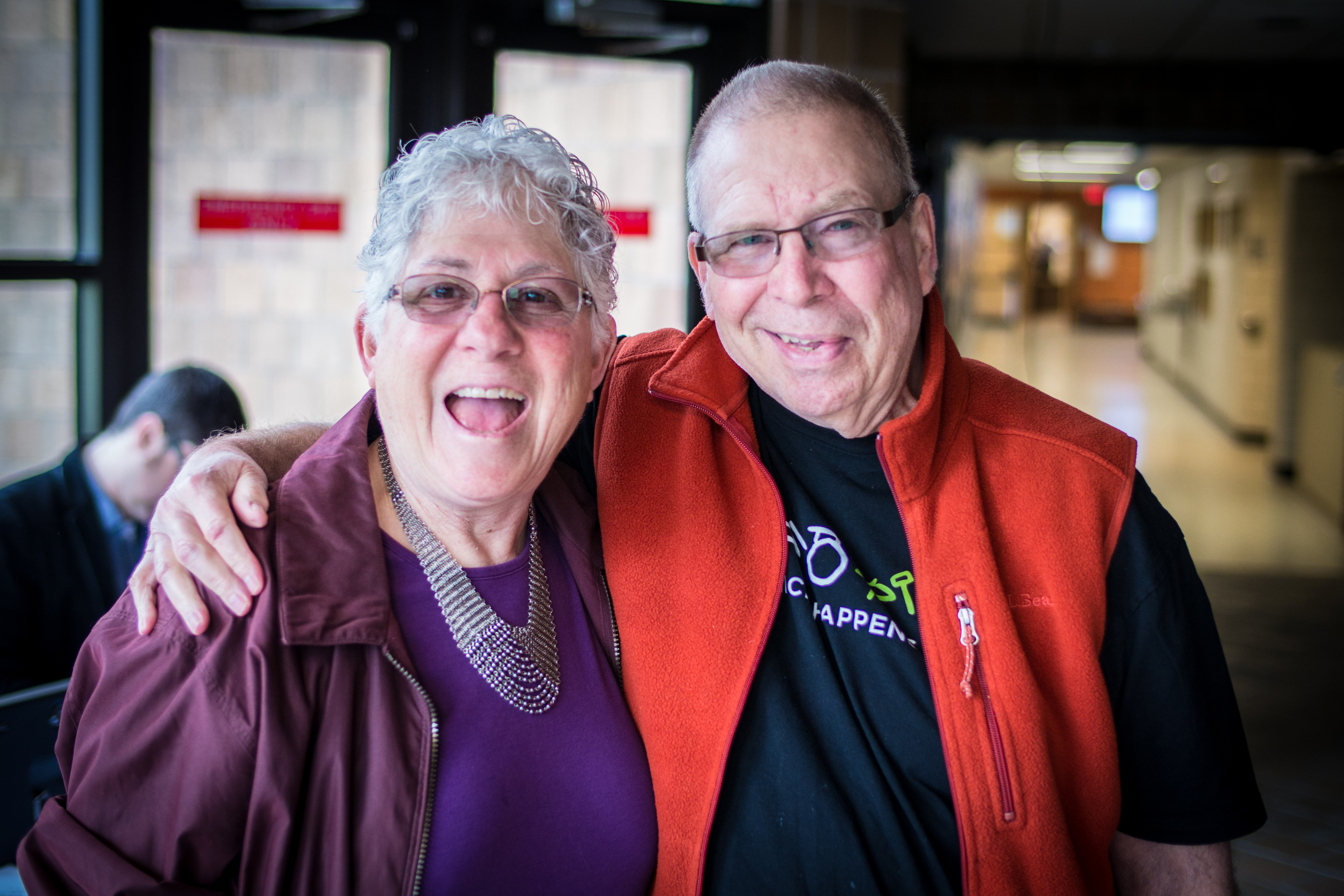 To that end, the Dunns decided to take action with a transformative gift to NOYO: a contribution to the organization’s 50th anniversary endowment campaign that will endow the position of composer-in-residence in perpetuity. Each season, NOYO solicits proposals from Oberlin Conservatory composition students—students, in particular, from underrepresented populations—to write a piece for NOYO’s advanced Philharmonia Orchestra to premiere on its March concert. The selected composers will now each be known as an Arlene and Larry Dunn Composer-In-Residence.

The Dunns’ transformative gift to NOYO will endow the position of composer-in-residence in perpetuity.

Why now? As it happens, 2019 doesn’t just mark NOYO’s 50th anniversary—it also marks Arlene and Larry’s. “It’s a delightful synchronicity that NOYO’s 50th anniversary and our 50th wedding anniversary are happening in the same year,” Arlene explains. “We were looking for opportunities to celebrate our 50th that benefit the community, and giving to the NOYO endowment campaign to secure the future of the composer-in-residence program was a perfect fit.” For NOYO’s part, the organization is readier now than ever for such a program. “[Former executive director] Mike Roest asked me to join the board in 2014 to help re-energize the organization after some lean years,” says Larry. “What NOYO has accomplished since then, under Mike’s leadership and the team that has succeeded him, is truly remarkable, in terms of number of participants and the growing breadth of program offerings.” And the position that NOYO has staked out with regard to new work is bold: in addition to the Dunn Composer-In-Residence Program, NOYO offers its high-school-age participants the opportunity to invent their own music in the Lab Group, a collaborative composing ensemble, and to hear their compositions played by Oberlin Conservatory musicians through a composition competition. “One of my ambitions as a board member was to encourage the organization to engage more with the music of right now, by commissioning and creating new works,” Larry recalls. “To see this come to fruition with the composer-in-residence program and the Lab Group is very gratifying.” Arlene concurs: “We’re proud to be supporting NOYO in two dimensions that deeply resonate with us: striving for social justice and equity in serving the community and sparking and unleashing young people’s creativity.”

But NOYO’s young musicians, who come to Oberlin from all over northern Ohio each week to rehearse, aren’t the only beneficiaries of the program. Oberlin Conservatory composition professor Jesse Jones can vouch for the residency’s value to his students, including current composer in residence Kari Watson and 2017-18 composer-in-residence Soomin Kim (retroactively included in the program):

I have witnessed first-hand the artistic and professional growth this incredible program has provided them; they are afforded the rare opportunity to workshop ideas and receive feedback on their works in progress; they build a professional working relationship with both the conductors and instrumentalists; they get to practice effective verbal communication with a large ensemble; they even gain first-hand teaching experience by mentoring budding composers within the ensemble. The Dunn residency is an indispensable part of our young composers’ education here at Oberlin, and I know Kari and Soomin both view it as a high point in their burgeoning musical careers. 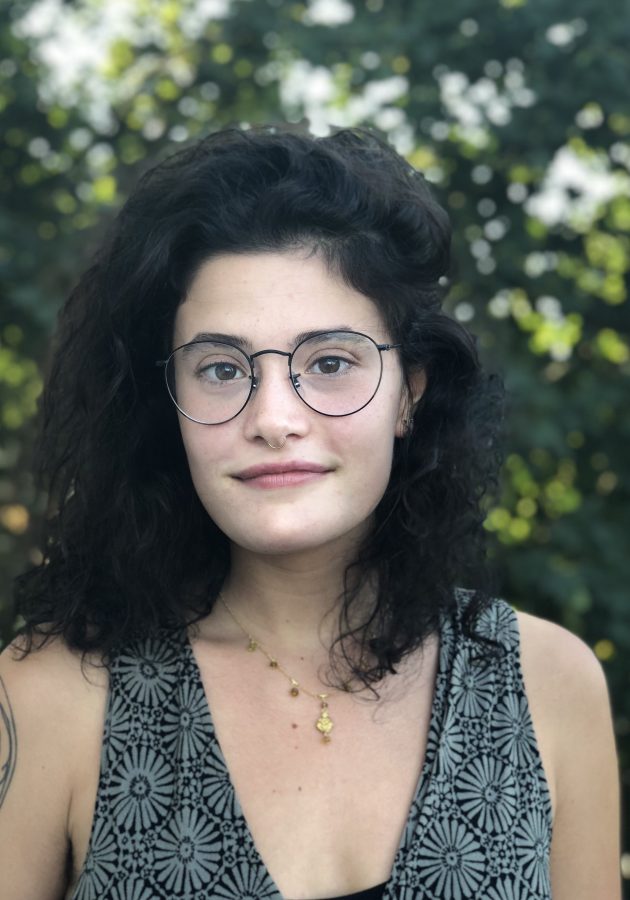 Watson and Kim have approached the prospect of composing for NOYO’s Philharmonia Orchestra as an invitation to reflect on their own experiences as high school musicians and reacquaint themselves with the joy that youth music-making can bring. “When I went to rehearsals, it really reminded me of when I was young,” says Kim. “I used to play the piano when I was young, and my parents would come to every single little concert I had at school. [Attending NOYO rehearsals] just reminded me a lot of my family and how they used to support me, seeing the parents sitting at the lounge waiting for the kids.” Referring to the upcoming premiere of her Morning Music for Fish, Watson notes that “this piece was a very joyful thing to write. I started this year with aims to write a different dark piece, working slowly and not feeling that much excitement. This piece and the experience refueled my creative love for music making. Going to NOYO rehearsals made me so happy, and I haven’t felt as much joy surrounding music as I have there in so long.”

“The key to success for arts organizations is to make yourself essential to your community.”

The Arlene and Larry Dunn Composer-In-Residence Program is an initiative that weaves together the Dunns’ passions for contemporary music and social justice with NOYO’s mission of access and inclusion. “I’ve long thought that the key to success for arts organizations and other non-profits is to make yourself essential to your community,” says Larry. “And the best way to do that is to deliver something of value to their children, which is exactly what NOYO is doing.” In this case, the “something” is new music—and to the young musicians of the Northern Ohio Youth Orchestra, its value is self-evident.